Regent University Of Science And Technology: A Tertiary Institution Or A Front For Christian Indoctrination In Ghana? 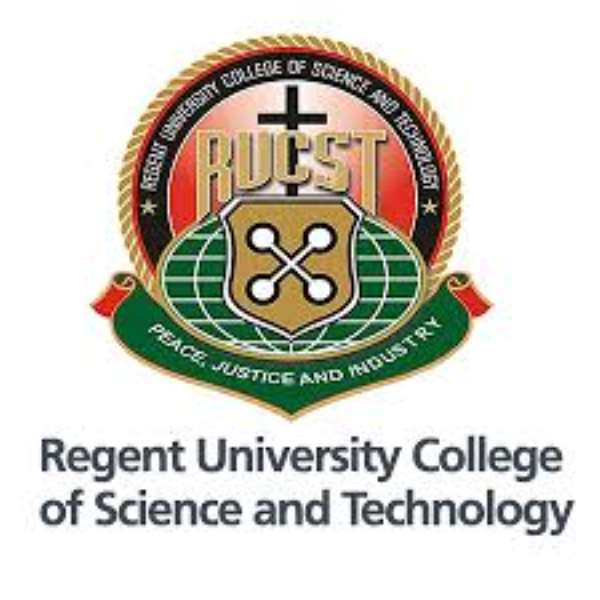 Going by its name, one expects Regent University in Ghana to be a institution that is committed to the pursuit of academic excellence in science and technology. But in actual fact it is not, at least going by the experiences of Bede Nkumasi. Nkumasi earned his doctoral degree from one of the top universities in Europe last year.

At the end of the program, he returned to his native country, Ghana, where he planned to put his knowledge to use in the development of the country. For now, that dream is on hold because Nkumasi recently resigned from his teaching position at Regent University due compulsory religious devotion and other 'unacademic' policies and practices on the campus. The university's president is slowing turning the institution into a quasi church.

Some months ago, Bede Nkumasi secured a job at this university and has looked forward to teaching and nurturing students, inculcating the skills and expertise he has acquired over the years. Few weeks after resuming at the university, he noticed that Regent University was not really committed to science and technology education.

This is mainly due to the way the institution was managed by the president. He realized that Regent university was actually a front for christian evangelism and indoctrination of both students and staff.

Bede Nkumasi is a self styled christian. So one should not think that he is a militant atheist who may be against religious observance. No, he is not. Nkumasi thinks that religion, christianity in this case, should not be used to undermine the learning of science and technology in a university. Nkumasi is of the notion that education and religious service should not mix.

Unfortunately he was mistaken because that was not - and is not - the case at Regent University of Science and Technology in Ghana. Learning and pentecostal christianity mix in ways that hamper academic pursuits. Shortly after Nkumasi started teaching at Regent University, the President made it compulsory for the teaching staff to attend chapel service for the five working days in a week. Staff members who did not attend the service were queried. They risked being sacked from their jobs. Meanwhile, compulsory chapel service was not in the job contract that Bede Nkumasi and other lecturers signed when they joined the University.

At Regent University, attending chapel service is compulsory for all students only on Thursdays. Students who do not attend the service may not graduate from the university even when they have excelled in their courses. The university has a machine at the Chapel that records the attendance of students and staff. The President of Regent University literally 'worships' the Nigerian pentecostal pastor, Bishop David Oyedepo and uses his videos and publications as the basis of learning and instruction at the university.

The course outline at Regent is based on Biblical teachings. For instance, though, Regent styles itself as a university of science and technology, it does not allow the teaching of evolution. So this university graduates science students who are ignorant of the central pillar of modern biology! Lecturers are compelled to teach creationism - Bible based creationism only in science classes, not evolution. Now may I ask: What kind of scientists do they want to produce? Creation scientists?

This so-called university of science and technology included 4 videos of Bishop Oyedepo as compulsory reading materials for the general studies program. A concerned Ghanaian said regarding the videos, "I do not understand how these videos are connected to teaching and learning in a university of science and technology but they said the videos are compulsory and that the students and staff should use Oyedepo as a reference point and a role model”

This travesty going on in the name of tertiary education at Regent University of Science and technology should stop. Those who are administering this institution should be called to order.The university defines its domain as that of "advancing science, engineering and technology education to meet the growing industry needs. Its programmes are distinctively developed with the aim of producing the technological human resource capacity for the nation and beyond. The University prepares graduates who have the proficiency to deal with the challenges of the 21st century, the capacity for insightful understanding of prevailing economic issues and technological problems. Over the years, Regent-Ghana has been committed to achieving high academic standards and compliance with all regulatory requirements". Now I ask, how can Regent University effectively occupy this domain with an educational program that is based on the Bible, not on natural science?

The university's commitment reads as follows ''As Ghana (and for that matter, Africa) searches for answers for her developmental challenges, all stakeholders have a duty to make significant contributions to making Africa gain a 21st century push in its social dream and economic development. In this regard, the higher education sector will have to be the nation's pacesetter in innovation, and a major player in capacity building. Regent University College of Science and Technology is thus playing its part by preparing graduates who will rise to Africa's scientific and development challenges of the 21st century".

One wonders how Regent University could achieve these lofty goals when there is no real commitment to qualitative education and learning. The president of the university describes the institution as "a place where lives are shaped, and destinies are formed to impact generations. We are committed to raising visionary, ethical and dedicated passionate leaders to contribute positively to the African renaissance. As the African renaissance gradually builds momentum, we at RUCST are determined to preparing and equipping our students to fully take up their rightful roles as responsible citizens across the continent in whatever role they may see themselves.

As an institution, our insistence is that our graduates must be different; for if certificates and degrees alone can transform Africa, the continent will not be where it is at the moment! At RUCST, we place strong emphasis on theory and practice, and on character formation, aiming at producing well rounded and well grounded graduates, with strong ethical grounding. Our relatively young and dynamic faculty, are complemented by seasoned, highly qualified and experienced professors from around the globe"

Definitely, this is mere rhetoric that is meant to attract students and get parents to send their children to this institution not a demonstration of genuine commitment to academic excellence. This message does not reflect what is actually going on at the institution. Otherwise, how does one explain the fact that this same president sanctions compulsory religious devotion as a strategy to attract students and banks and grow the university? So, praying and mandatory religious worship is a way that this university plans to raise students who would contribute to the cause of African renaissance and development? I totally disagree.

The circumstances that led to the resignation of Bede Nkumasi are clear indicators of the decadence at this university and it should serve as a wake up call for all those who are concerned about the standard of education in Ghana. Ghana's Ministry of Education and other regulatory agencies in the country should look into what's going on in the name of university education at Regent University of Science and Technology.

That an institution is a christian university is not a license for the president of the University to treat the students and staff as he or she likes or to introduce any Christian program anytime he deems fit. The Government of Ghana issued a licence to the owners to operate a university, not a church or as a church. Regent University was given the permission to operate to educate students not to indoctrinate them.

This institution is licensed to teach students science and technology, not to brainwash them with christian 'superstitions' and dogmas. Those who run the university should not take advantage of the limited job and tertiary educational opportunities in Ghana to manage it any manner that they like. If the president of Regent University could not run the institution in accordance with the law and the educational standards in Ghana, then the license that was issued for the operation of the university should be revoked. I mean, Regent University should be de-registered.