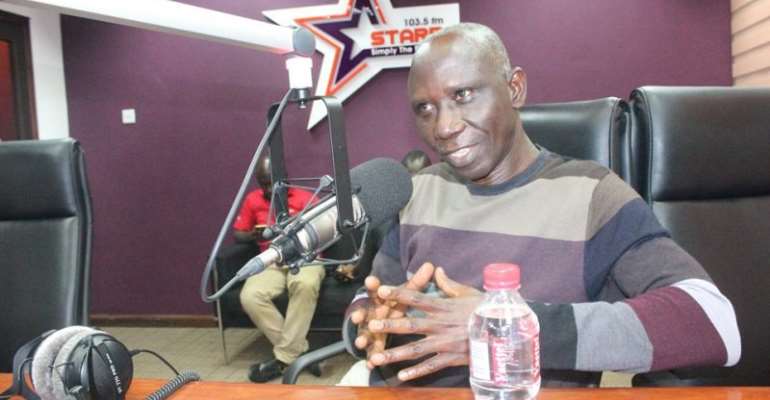 A celebrated play write and a motivational speaker Mr. James Ebo Whyte, popularly known as Uncle Ebo Whyte has stated that the June 4 revolution that took place in 1979 saved the country from falling apart.

Speaking to host of Starr Chat Bola Ray Wednesday, Uncle Ebo Whyte said the June 4 revolution brought relief and transformation into a country where the ruling class were acting with impunity.

“I knew the transformation it brought into the system because leading up to June 4, the ruling class had developed this sense of impunity, and they had no regard for the needs of the people…from where I sit it was timely”.

The June 4th Revolution was a popular and violent uprising in Ghana in 1979 that arose out of what was described as a combination of corruption, bad governance, lack of discipline in the army and frustrations among the general public.

It was sparked when the then military government of the Supreme Military Council (SMC II) of General F K. Akuffo put then flight Lieutenant Jerry John Rawlings on public trial for attempting to overthrow the government on May 15th 1979. This happened because Rawlings was a junior soldier in the Ghanaian Army who with other soldiers were refused to be given their salaries.

Rawlings turned the trial against the government by accusing it of massive corruption and requesting that his fellow accused be set free as he was solely responsible for the mutiny.

In the night of June 3rd 1979, junior military officers including Major Boakye Djan broke into the jail where Rawlings was being held and freed him, and ostensibly matched him to the national Radio station to make an announcement.

The entire nation went up in uproar. There soldiers rounded up senior military officers including three former heads of states, Generals Akuffo, Ignatious Kutu Acheampong and Afrifa for trial. They were subsequently executed by firing squad.