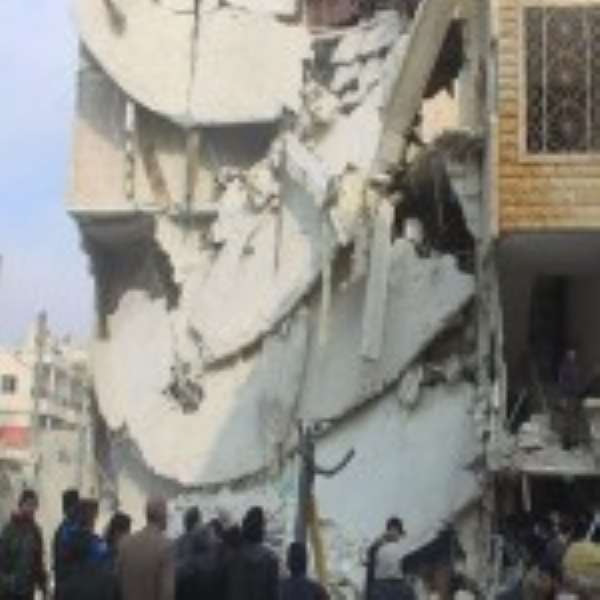 At least 200 civilians were killed in Russian air strikes in Syria from 30 September to 29 November, an Amnesty International report says.

Moscow insists it is targeting only the positions of “terrorist” groups.

Amnesty said in its report it is also researching concerns about the US-led coalition air strikes in Syria.

The US has rarely acknowledged civilian deaths in its air bombardment of the so-called Islamic State (IS), which began in September 2014, although some monitoring groups say the toll could run into hundreds.

Russia began air strikes in September this year, saying it was acting at the request of Syrian President Bashar al-Assad. It is targeting IS and other groups it has designated to be terrorists, some of which are backed by the West. ‘No military targets’

In the report, Amnesty said it had “researched remotely” more than 25 Russian attacks that took place in Homs, Hama, Idlib, Latakia and Aleppo between 30 September and 29 November.

It had interviewed by phone or over the internet witnesses to the attacks, and had audio and video evidence, as well as “advice from weapons experts”. Amnesty said.

Amnesty set out its findings into six attacks – each of which, it said, caused dozens of civilian casualties, but had no obvious military target nearby.

On 29 November, for example, it said at least one suspected Russian warplane fired three missiles into a busy public market in Ariha, in Idlib province.

A local activist group said a total of 49 civilians were either killed or missing and feared dead.

“It was a normal Sunday; there was nothing unusual. People were buying goods; children were eating,” the activist, Mohammed Qurabi al-Ghazal, told Amnesty.

“First there was a loud explosion – dirt flying in the air – followed immediately by shock. In just a few moments, people were screaming, the smell of burning was in the air and there was just chaos.”

He said the armed group Jaysh al-Fateh controlled the area, but did not have any presence inside Ariha itself.

“Some Russian air strikes appear to have directly attacked civilians or civilian objects by striking residential areas with no evident military target and even medical facilities, resulting in deaths and injuries to civilians,” Amnesty’s Philip Luther said.

“Such attacks may amount to war crimes,” he added.

Russian presidential spokesman Dmitry Peskov said the defence ministry would be looking into the accuracy of the Amnesty report.

On Monday, when asked if Russia was using cluster bombs in Syria, Mr Peskov said it was “conducting its operation in strict conformity with principles and norms of the international law”.

The Kremlin has previously described similar reports as “information warfare” aimed at discrediting its operations in Syria.

President Vladimir Putin said in October that reports of alleged civilian casualties had emerged before the first air strikes were even carried out.

More than 250,000 people are believed to have been killed and millions of people have been forced to flee their homes since the conflict began in Syria in March 2011.