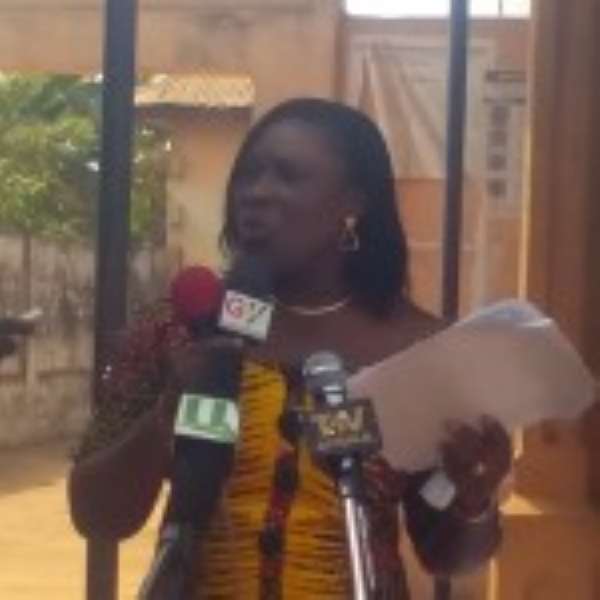 The first-ever conference to find comprehensive solutions to end maternal and neonatal deaths in the Eastern Region has opened at Koforidua.

The two-day conference is being organised by the Ghana Health Serves (GHS) and sponsored by Ipas and PATH, two development partners and National Population Council.

Speaking at the conference, Eastern Regional Minister Antwi-Boasiako Sekyere said government currently has made the rate of maternal and neonatal mortality as one of the indicators for assessment of the performance of a metropolitan, municipal and district chief executives (MMDEs).

He, therefore, appealed to the chief executives in the region to take the conclusions that would be reached at the end of the conference serious and support its implementation to help reduce maternal and neonatal mortality.

Mr Sekyere observed that one of the major causes of maternal and neonatal deaths is delays in getting victims to hospitals and, therefore, appealed to traditional authorities to negotiate with transport owners in their communities to charge moderate fares when they have to transport women in labour from their communities to the nearest health facility.

He also appealed to traditional and religious leaders to encourage pregnant women to seek medical attention rather than delaying them at the shrines and prayer camps under the pretext of using spiritual powers to take care of them until their conditions worsen.

Mr Sekyere observed that despite much success achieved through various interventions made in reducing maternal and neonatal deaths, much need to be done.

Dr Gloria Amponsah, Deputy Director General of GHS, mentioned that despite the success achieved by the various interventions put in place by government, the country could not meet the target set under the Millennium Development Goals (MDGs) and currently the maternal mortality rate of the country is around 319 deaths per 100,000 live births.

She called for collective efforts to help bring the figure down to at least the 2010 target of the country which is around 70 deaths per 100,000 live births.

She said neonatal deaths had reduced from 408 in 2013 to 220 in 2014 and said with the ongoing project of 'Making Every Baby Count', which is being organised by the GHS and PATH,  the neonatal rate of the region is expected to reduce further.

Dr Sarpong said the aim of the conference is to involve stakeholders, including political heads, the regional coordinating council, traditional leaders, civil society groups and healthcare providers in a concerted effort to eradicate or reduce maternal and neonatal deaths in the region to the minimum.

Baafour Nyantakyi Tutu Boateng, acting paramount chief of New Juaben, who chaired the function, called on owners of prayer camps to stop the practice of encouraging pregnant women to resort to prayers instead of seeking medical attention.