Govt On Mission To ‘Destroy’ Me – Amidu 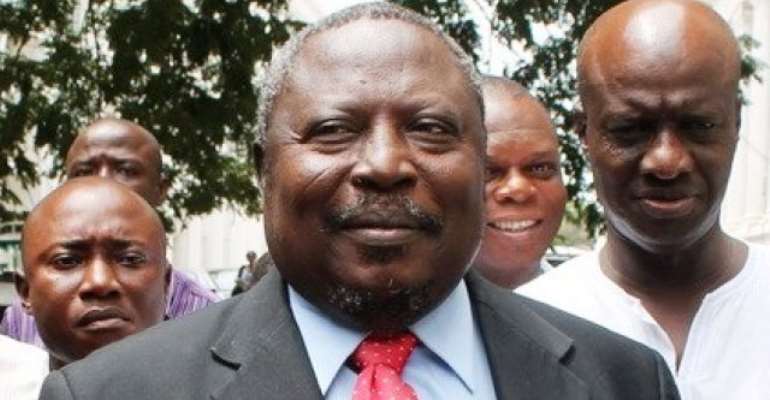 Mr. Martin Amidu, a former Attorney General, has said that government intentionally altered the report submitted by the judgment debt commission to conceal the portions that acknowledged his (Amidu’s works).

Mr Amidu, who has been nicknamed ‘Citizen Vigilante’ for his fight against corruption, is asking the Government – “for the sake of consistency in its intolerance for alternative views within even the NDC” – to remove all other portions of the report that commend him in order to complete their objective against him.

According to him, “in the political White Paper, the Government forgot to expunge or pretended not to have noticed, in order to expunge the kind words the Commissioner repeated about me in his report on Civil Engineering Co. & Yakubu Adam Kasule v Attorney-General, etc., at pages 355 to 356 of the leaked report thus: “….It is sad that Hon (Mr) Martin Amidu has been vilified for being just. He has suffered several media bashing propelled by some faceless people, for pursuing a just cause as a patriotic citizen of Ghana and a good one of course. This Commission is amazed that he remains unfazed by such wrong attacks. The Commission accordingly accords him the enviable esteem of a Ghanaian who loves his country more than himself.”

“The Government’s determination to obliterate any good thing said about me (as its internal NDC foe) in the Commissioner’s report, as it did at page 5 of the White Paper would come to naught without expunging the above commendations as well,” he added.