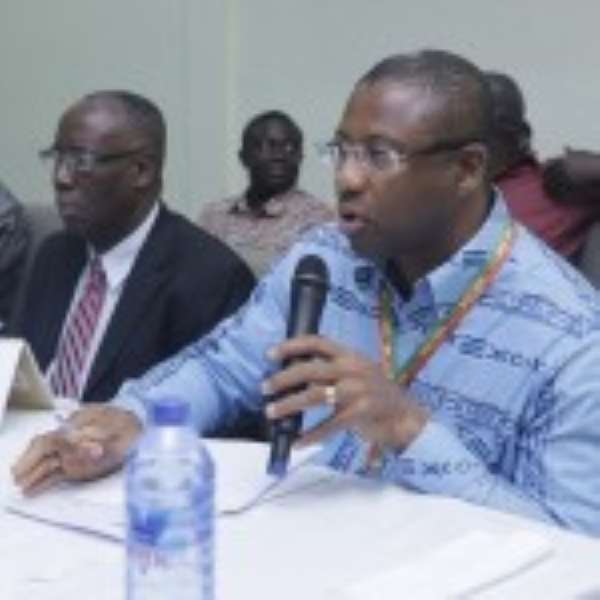 The management of the Korle-Bu Teaching Hospital (KBTH) has denied allegations by the hospital's senior staff association, saying the hospital's funds are not being mismanaged.

According to the management of KBTH, there is no GH¢100m judgment debt accrued by the hospital due to the acts, commissions or omissions by the current board since coming into office in September 2014 as being speculated by KOSSA.

KOSSA had earlier accused the hospital's management of siphoning the hospital funds, increasing management allowance, arrogance of the CEO, the board chairman not taking action when he was presented with issues of concern in an open friendly letter from KOSSA and GH¢100 Christmas bonus for staff.

Dr Sallar, KBTH board chair, responding to the allegations, said he called a meeting between KOSSA executives and the Korle-Bu Chief Executive Officer (CEO), Dr Gilbert Buckle, to discuss the way forward upon receiving the letter.

He said during the meeting, the issues KOSSA raised in the letter which has now become allegations against the hospital management were discussed and all the parties left satisfied.

“KOSSA was made aware that the conditions of employment to the position of director and deputy director and management grades include allowances as a percentage of their basic salary while other categories of senior staff with management responsibilities is a fixed allowance,” he said.

Dr Sallar further pointed out that there has been no personal travel of the CEO funded by the hospital. He said Dr Buckle since coming into office has embarked on four official travels, all funded by corporate organisations and associations with the board's permission being secured and Ministry of Health being informed.

The KBTH board chair again indicated that KOSSA was made aware that the hospital was not recovering costs and, therefore, had to introduce prudent fiscal measures which included the streaming of revenue collection and blocking revenue leakages.

“In addition to the introduction of new fees and charges, the hospital has been able to reduce debt to suppliers by 86 percent leading to an increase in medicine availability of 60 and 70- percent,” he said.

Staff Welfare
Dr Sallar said the management had established a committee to finalise proposals to start a hospital medicare scheme for staff next year. He said the committee which KOSSA president is a member, has completed its work and submitted for onward submission to the board for approval.

“In the meantime, all employees have been asked to provide a list of up to four dependants less than 18 years plus a spouse in preparation for the implementation of the staff health scheme next year,” he said.

KOSSA No Show
He also indicated that KOSSA on two occasions have been invited by the hospital board to formally present their concerns and allegations, with the necessary evidence to the board to enable it to initiate the appropriate process to investigate and act accordingly.

“KOSSA has declined on two different occasions to meet the board and present its concerns with the necessary supporting evidence,” he said.

Dr Sallar further mentioned that numerous attempts by the CEO to meet KOSSA members to directly clarify matters of the concern to KOSSA members proved futile, but KOSSA informed the CEO that should the need arise, KOSSA would not hesitate to invite him.

Way forward
He said the hospital has an open door policy and, therefore, called on KOSSA to come and meet the board for the two parties to discuss the way forward.

It also assured the public that the provision of continuous quality service in a sustainable manner remains the hospital management's and board's primary focus.