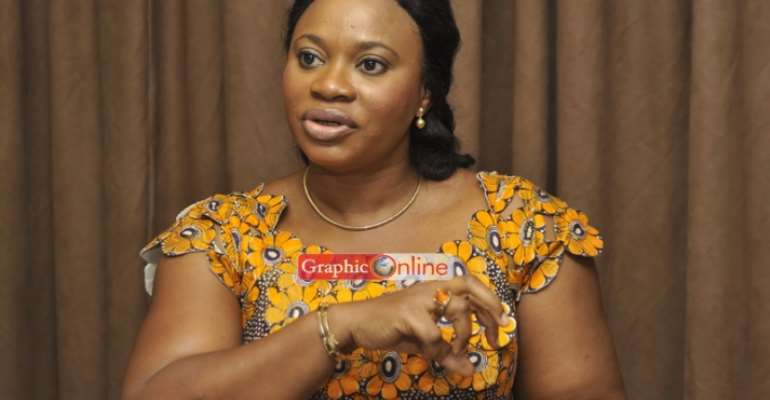 Parliament on Monday approved the sum of GH¢826,897,772 for the Electoral Commission (EC) to implement its routine and electoral programmes in 2016 and for the conduct of the 2016 general election.

In approving the budget, Parliament took note of the statements made by officials of the EC that the funding gap would have a devastating impact on the conduct of the election.

It, therefore, urged the Ministry of Finance to, given the importance of the conduct of a successful election to the peace and stability of the country, look for avenues for getting additional funding for the successful conduct of the election.

It also advised the EC to look for innovative ways of further cutting down the budget for the general election without compromising their integrity.

Breakdown of the budget
While the EC demanded GH¢39.5 million for compensation in 2016, it was allocated only GH¢15.2 million.

With regards to goods and services, the commission claimed that it required GH¢ 1.1 billion but got only GH¢800 million.

Committee's report
A report of the Special Budget Committee of Parliament signed by its Chairman and Majority Leader,  Mr Alban S.K Bagbin,  and released to the House, said although it worked with the EC and the Minister of Finance to bring the budget down, the current allocation of GH¢826,897,772, represented more than 33 per cent of the entire goods and services earmarked for the country in the 2016 budget.

It said given the limited budget envelope at the disposal of the  Ministry of Finance for allocation to all ministries, departments and agencies (MDAs),  the allocation for the conduct of the election posed serious financial challenges to the MDAs.

Concerns
According to the report, the committee held several meetings with the EC and the Ministry of Finance over the huge budget requirement of the commission for its regular programmes and the 2016 election.

It said the committee raised concerns about the high cost of the elections in the country, relative to elections in similar countries in the sub-region.

"However, the commission explained that the cost is due to the introduction of certain reforms emanating from the recommendations of the Supreme Court verdict on the 2012 general elections petition.

The committee was informed that some of the reforms would include the limiting of voter population per polling station to a maximum of 850 registered voters, thereby increasing the polling stations from 26,000 nationwide in the last general elections to 30,000.

Also a two biometric voter device (BVD) per polling station policy would be applied," it said.

Transparency and accountability
The report said the committee was of the view that the integrity of elections was premised on predictability and transparency.

It urged the EC to, in the spirit of transparency, avail the relevant aspects of its work programme to the various stakeholders in order for them to adequately prepare themselves.

Contributions
The Minority Leader, Mr Osei Kyei-Mensah-Bonsu,  commenting on the need for the EC to reduce cost, wondered how it could make provisions to procure rechargeable lamps at the cost of $176 each. He found that outrageous.

He also said the plan of the EC to ensure that voter numbers did not exceed 850 people per polling station, although commendable, could be looked into further

He said Nigeria, which  had the largest population in West Africa, had a voter population of not more than 450 per polling station and urged the EC to bring the number down to, at least, 700.

He also questioned the EC's quest to spend GH¢2 million on internal elections by political parties and said all major political parties in Ghana had held their elections and wondered which parties the EC was referring to. "We must be serious in this country, " he added.

The Minority Leader also expressed concern about the EC's plan to register about one million voters during the limited voters registration exercise next year and said such a number would raise the numbers on the register to more than 15 million, representing about 57 per cent of the population.

That, he said, would be outrageous and urged the commission to not engage in any action that would cause tension and bring the general election into question.