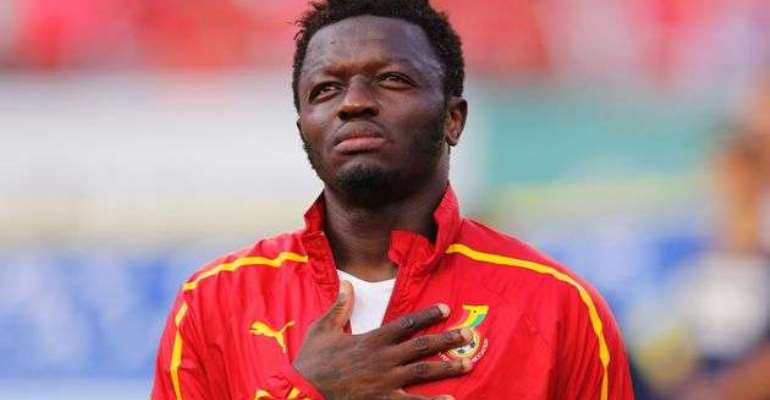 Ex Ghana striker Augustine Arhinful has urged Sulley Muntari to send in his official apology to the Ghana FA to make him eligible to play for the Black Stars again.

The 31-year-old is still serving an indefinite suspension slapped on him for attacking a high ranking GFA official at the 2014 World Cup.

Muntari has since refused to heed to a demand from the GFA to render an unqualified apology before he is considered again for selection into the Black Stars.

But almost two-years into his shameful act in Brazil, the former AC Milan man remains defiant and has refused to heed to this requirement.

Former Ghana striker Augustine Arhinful has made a fresh appeal to the Al Ittihad midfielder to tender in an apology if indeed he is still interested in playing football at international level.

"If he doesn't want to play international football again, then that is fine," he told Happy FM.

"Sulley [Muntari] is still young and can play, barring injuries, for the next two to three years.

"The GFA has made it clear what he needs to do so I therefore urge him to apologise and then we can take it up from there."

Muntari has had several run-ins with officials of the Ghana FA throughout his time with the various national teams he's played for.

He was famously sacked from the Ghana U23 camp during the 2004 Olympic Games in Athens.

GFA President Kwesi Nyantakyi also recently revealed the former Inter Milan man was almost thrown out of the Ghana camp prior to the 2010 World Cup in South Africa.