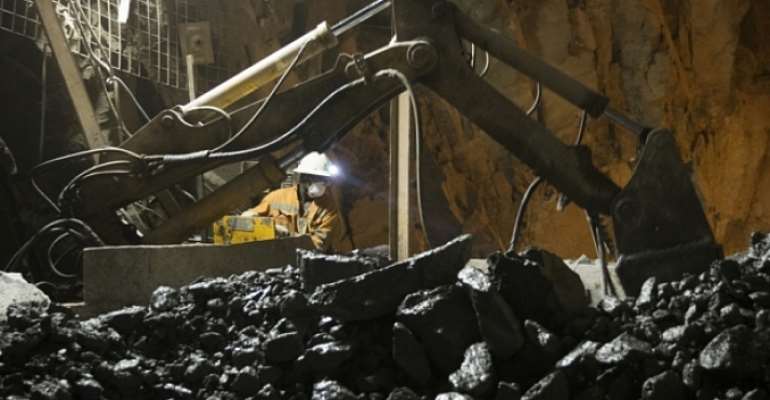 Randgold Resources has abandoned plans to redevelop the Obuasi mine of Anglogold Ashanti, just three months after announcing its interest in the 'world-class resource'.

The Obuasi mine has some 5million ounces of gold reserves below ground but the FTSE 100-listed miner [Randgold], which operates in central and West Africa, scrapped the potential joint venture with the South African firm AngloGold Ashanti to re-open and expand the mine after it failed to pass due diligence.

The mine redevelopment could have cost up to $1bn according to an estimate when the proposed partnership was announced in September 2015.

Anglogold acquired the more than a century old Obuasi mine from Ashanti Goldfields in 2004 with the intention of going into deep mining. The mine had become loss-making in recent times which resulted in a shut down in 2014 pending a proposed redevelopment.

The Financial Times reported on Monday  that Randgold Resources explained it was walking away because according to its Chief Executive, Mr Mark Bristow, 'Anglo has never made any money out of this asset, ever."

'After undertaking a due diligence exercise into the mineâ€‰.â€‰.â€‰.â€‰Randgold has determined that the development plan will not satisfy [its] internal investment requirements. Accordingly, Randgold has decided to terminate the investment agreement entered into with AngloGold Ashanti, with immediate effect.'

"We spent more time on it than most people would do on a normal M&A. But it got to the point where whichever way we cut the cake, we couldn't get it to pass our criteria," Randgold's Chief Executive was quoted as saying.

Randgold in September 2015 said it would fund and lead a plan to modernise the loss-making mine, which was shut down by AngloGold in 2014,

The Chief Executive of AngloGold, Mr Srinivasan Venkatakrishnan said it would now continue to operate the mine - which dates back to 1907 - on a limited basis.

"In the current environment, we believe it is prudent to conserve our resources and to revisit this opportunity when market conditions improve,"

Mr Bristow said Randgold was still on the hunt for new opportunities, having indicated in its third-quarter results in November that it wanted to beef up its exploration.

"We saw Obuasi as another exploration opportunity that we look at all the time. We continue to look at other opportunities because as the gold industry deals with the stress it's in, and the market prices down assets, those assets start to [move closer] to our valuation of them."

Analysts at Investec said: "Obuasi was a case of wait-and-see what Randgold comes up with, so this has no impact on our outlook. A strong positive in that it shows that Randgold remains financially disciplined, but a negative is that medium-term growth options remain lacking."