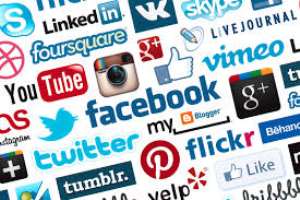 I therefore find it prudent to raise some genuine concerns about the recently held by-elections based on my observations.

I would spare you the details of “Immoral Authority” displayed in a bid to win more votes and concentrate on the “churned-out-results” but not before I tell the role of the Electoral commission here.

The Electoral Commission (EC) according to Article 45 of the 1992 Constitution has the following functions.

In consideration of this, it is only the EC that has the mandate to declare the results of votes counted. Polling Agents, media organisations, security agencies and other electorates have every right to keep records of votes counted by the EC in their presence for both verification and validation. It is therefore not out of place for the media to declare “provisional results” but when that “mandate” is being abused then, there are bound to be problems.

The Amenfi West by-election has hinted that there might be a problem if the necessary precautionary steps are not taken.

Why this ill-fated speculative assertion?

Let me walk you through my personal observation. On that fateful day, I stayed glued to my radio and did not keep my eyes of social media platforms. I perused through various media websites and WhatsApp messages, because I had a keen interest in knowing the outcome of that particular constituency election results.

To my surprise, when voting ended and votes were counted, there were several circulating messages especially on social media that were so misleading and inaccurate. I personally received one such message indicating a particular political party was leading or had won but it turned out to be false. I also quite remember an online publication that had marked victory for a certain political party, because a party Stalwart had boldly declared during the counting of vote that the party was leading. So even before the EC declared the authentic results, there were so many misleading; inaccurate; imprecise; erroneous results out there that contradicted that of the final authority.

We can all decide to turn a blind eye to this, but have we thought for a second the repercussions such acts could bring in the General elections if it should be repeated? Let us not easily forget what happened in the last electioneering year 2012, when the main opposition party (NPP) petitioned the EC and the ruling party (NDC) for “electoral fraud”. Of course this was settled peacefully at the Supreme Court. But at least that gives a picturesque impression of how vital national elections are and the extent to which people and political parties can go if there is any form of misunderstanding.

Based on this, I won’t be far from wrong if I say that Ghana is sitting on a time-bomb now. Why do I say this?

Perhaps I am assuming the role of a “Prophet of Doom” now, but I prefer it this way, because I do not support actions that are vitriolic.

Let me take you back to the Amenfi West by-elections, which was characterised by a lot of “floating results”. People were just churning out different kinds of Information probably to favour their political affiliation.

Should this repeat in the 2016 general elections, the whole country might be misinformed and when the authentic results are declared by the authentic source, EC, this might spew misunderstanding, raising questions of irregularities; illegalities; anomalies; abnormalities, inculcating or creating distrust in the EC by electorates and finally leading to chaos in the country. If it is allowed unchecked, it could be used for propaganda to cause confusion in the country.

The EC have a role to play!

The Media have a role to play!

The National Security Agencies have roles to play.

The political parties have a role to play!

The electorates have a role to play!

The EC as already stated has a function of educating people on electoral process and its purpose. They should make it apoint to embark on a campaign to educate and inform people on who to trust and what goes into the electoral process.

The media must also embark on a similar campaign by using their outlets to discourage people from manipulating the figures of the results and also from circulating such messages to prevent creating doubt in the minds of people.

The National Security equally has a role to play in stopping this. They must be up in arms, use their apparatus to track the sources of some of these misleading messages and use the culprits as deterrents to ensure electoral sanity.

Political parties have arole to play. They must speak to their party supporters not to churn out any “false results” to spark any confusion. They should be objective at paying attention to the votes counted by EC.

All electorates should be mindful of sharing any circulating provisional results, because the more we share the wider we create doubt if the results are not accurate.

If all the above precautionary steps I have suggested are considered, then I am optimistic that the next elections could be culminated peacefully.

Ghana belongs to all of us..... Let’s protect it conscientiously.