Ghana among leading countries in migration 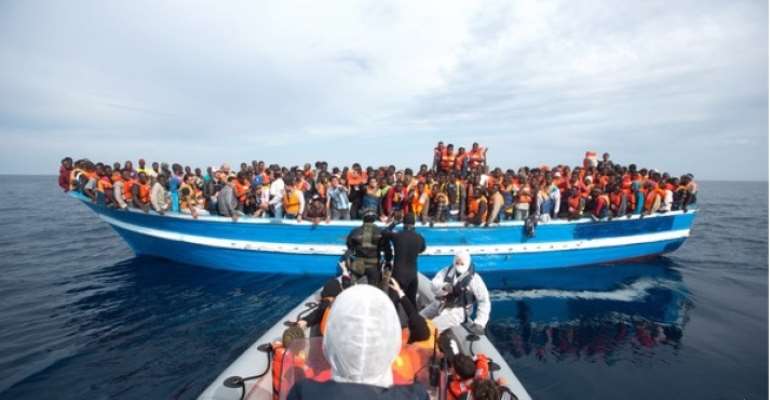 More than 4,000 Ghanaians arrived on the shores of Italy between January and December this year to seek greener pastures in Europe.

This ranks Ghana as topping the 10 countries from which migrants travel to Italy by sea and the top five in Africa.

The meeting, organised by the IOM under the Ghana Integrated Migration Management Approach Programme (GIMMA), brought together civil society organisations and other stakeholders to discuss issues of migrations.

The GIMMA project, funded by the European Union and implemented by the IOM and the Ghana Immigration Service, is aimed at contributing to the government's efforts to manage migration more effectively.

The meeting had the theme: 'Addressing irregular migration in Ghana: Strategic dialogue with civil society.'

Although there were no official and accurate data on irregular migrants from Ghana to other European counties and continents, she said the figures were quite high and indicated that most of them did not reach their destinations but ended up dead on either the desert or in the Mediterranean Sea.

In April this year, the Foreign Ministry confirmed that six Ghanaians were part of a team of 12 thrown overboard a boat heading to Italy following a religious row.

Between January and April this year, it was reported that 471 Ghanaians including 32 unaccompanied minors were rescued from boats in the Mediterranean Sea by Italian authorities.

It was also reported that about 200 Ghanaians died in Libya from January to the first week of June in 2003 in their attempt to cross the 3,000km Libyan Desert to Europe in search of economic fortunes.

For countries such as Ghana, Ms Ekra said, the IOM advocated voluntary instead of forced return to ensure that the migrants came back home safely.

Motivation and inspiration
Motivated by the economic hardships, unemployment and appreciation of migration in certain cultures, among others, Ms Ekra explained that many migrants used information in their network to move from country to country.

In Ghana, for instance, she said the irregular migrants usually started their journey from the northern part to Burkina Faso through Niger where they moved to Libya and eventually proceeded to Europe.

The total number of international migrants has increased from an estimated 175 million in 2000 to 232 million persons in 2015, the United Nations has stated.

In a message posted on the United Nations' website on Friday, Ban Ki-moon, the UN Secretary-General, said: "2015 will be remembered as a year of human suffering and migrant tragedies."

He added that in total more than 5,000 women, men and children had lost their lives this year "in search of protection and a better life."

The day is also used to reach out to the international community, governments, organisations and other stakeholders to come together and remember the refugees and migrants who lost their lives or disappeared while trying to reach a safe harbour after arduous journeys across seas and deserts.

As part of the celebration a candlelight vigil was held across the world to remember migrants who had lost their lives.