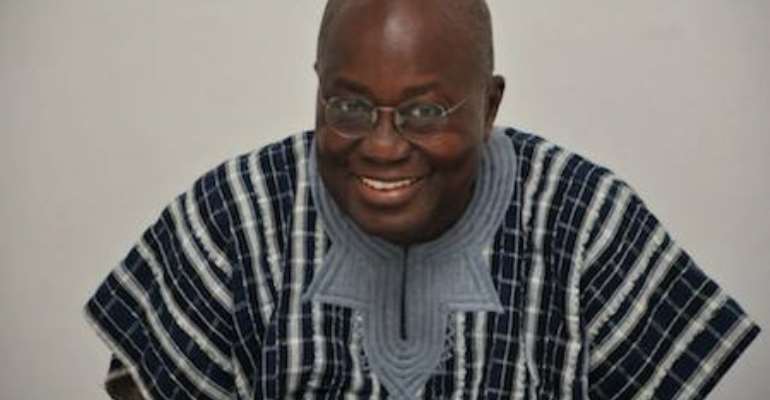 Nana Akufo Addo who is the Coordinator of the team with Alhaji Dr Mohamadu Bawumia, his running mate as the Vice Coordinator unveiled the members as part of his address to end the Party's 15th extraordinary annual Delegates Conference held in Sunyani on the theme: 'Arise for Change 2016.'

He mentioned Mr Peter MacManu, former National Chairman of the Party as the Campaign Manager with all the 10 Regional Chairpersons as members.

Mr Dan Botwe, a former General Secretary of the Party and Member of Parliament for Okere is the campaign Strategist whilst Mr Boakye Agyarko, the campaign Manager for the election 2012 is the Policy Advisor.

He said Mr Ken Ofori Atta assisted by Mr Kwabena Amankwaa-Yeboah are in charge of finance, Mr Victor Newman, Director of Research and Nana Akomea, the Director of Communications.

Nana Akufo-Addo indicated that the office of the Presidential Candidate would be responsible for monitoring and compliance to achieve targets whilst the Campaign Advisory Committee, the membership of which would be announced at a later date would be chaired by ex-President John Agyekum Kufuor.