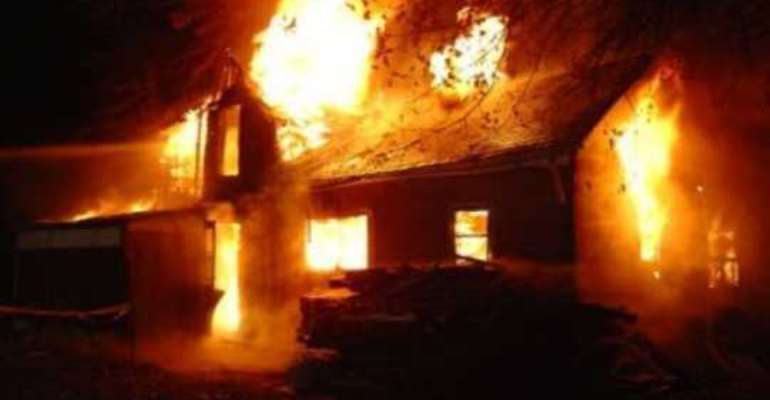 Takoradi, Dec. 19, GNA - It was wailing and mourning in the early hours of Wednesday, December 15, at Windy Ridge, a suburb of Takoradi when neighbours woke up to a pitiable scene of two ladies burnt to death by fire.

They died when fire gutted two bungalows in the area.

The names of the two who were burnt beyond recognition were given as Comfort and Theresa between 18 and 20 years.

Their charred bodies have since been conveyed to the Effia Nkwanta Regional Hospital Mortuary by officials of the Western Regional Police Command.

One neighbour who narrated the incident amidst uncontrollable tears said the two ladies were house helps living with a woman and her family in one of the bungalows.

Assistant District Fire Officer Emmanuel Bonney, Regional Public Relations Officer for Ghana National Fire Service told the GNA that a team of the service arrived at the scene around 0500 hours after receiving a distress cal.

The service is yet to establish the cause of the fire.