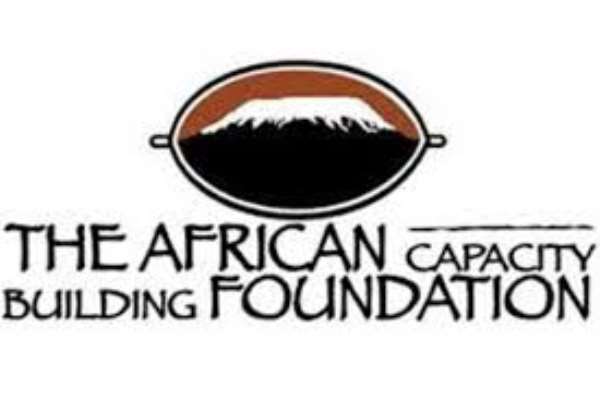 Accra, Dec. 18, GNA - The African Capacity Building Foundation (ACBF) says it is imperative for African countries to boost domestic resource mobilization if the continent is to achieve the objectives under the African Union's Agenda 2063.

Professor Emmanuel Nnadozie, Executive Secretary of the ACBF, who spoke via video messaging, said the domestic resource mobilization was not a choice but a must for African countries, especially as it reduces the volatility that is associated with outside funding.

He was speaking at the launch in Accra of the ACBF's Africa Capacity Report 2015 on 'Capacity Imperatives for Domestic Resource Mobilisation (DRM) in Africa'.

Prof Nnadozie said while the need for DRM for development was evident, most African countries lacked the requisite capacity to do this effectively.

He said the report looked at capacity building in four main areas: institutional and societal resource capacities for preventing DRM challenges, such as narrow tax base; improving inefficient tax administration systems, useful tools and processes, translating these resources into a system of quality service delivery and also improving the human resource capacity of personnel in DRM.

He said in line with this, the ACBF was working with partners to jointly develop a domestic resource mobilization capacity building program for African countries which will include complete plans for fighting illicit financial outflows among others.

Dr Robert Nantchouang, Senior Knowledge Management Expert, ACBF who presented highlights of the report, said findings from the study, which involved 14 out of the initially target 18 African countries revealed that most African countries have good policy environments, as well as processes for their implementation but had challenges in translating these policies into development results.

It also found that most of the countries surveyed had African Capacity Index (ACI) from between 207 to 70.8 with most of them with medium capacity (73.3 percent) while 17.8 percent fell in the very high bracket and 8.9 percent in the low bracket.

He said the average tax-to-GDP ratio in Africa had crossed 20 percent of regional GDP in recent years. Tax revenues have surged from $123.1 billion in 2002 to $508.3 billion in 2013 although it may not reflect the situation across the continent, stressing that several African countries had room for improvement in savings and investment rates, tax-to-GDP ratios, tax mix, tax effort or the nature and reach of financial systems among others.

Dr Nantchouang said the most significant challenge identified was the need to curb illicit financial flows, which cost the African continent an average $60.3 billion over the period from 2003 to 2012 whereas average development official development assistance for the period was $56 billion according to the OECD-DAC International Development Statistics online database.

Among the key recommendations of the reports are the need for countries to financially invest in and commit to capacity development outcomes, developing the requisite human resource, legal, regulatory and financial capacity required to address illicit financial flows.

The report also called for investment by African countries in awareness and education campaigns to inform citizens on the way resources are used in service delivery, stressing that in order to maximize domestic resource mobilization, there was the need for transparency in social spending.

'There is hope, Africa has been doing well these last years so there is hope that we will succeed in mobilizing resources domestically,' he said.