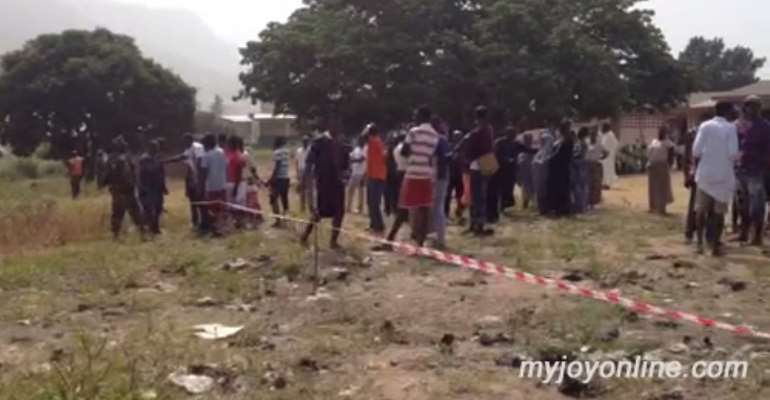 Some parents at Koforidua - Zongo in the Eastern Region are threatening to withdraw their children from Madha-Deen Islamic primary school over the mounting of new security mast in the community.

According to them, the mast poses a health threat to their children as it is sited close to the school.

“We need a school not a security communication mast. Building it here is dangerous to our children’s health,” one parent told Joy News’ Haruna Yussif Wumpini.

They said the land was inappropriate for mounting a mast because it is close to a clinic and the Madha-Deen primary school and had been earmarked for the building of a kindergarten block for the Zongo community.

After their unsuccessful efforts to stop the military men, the youth resorted to the Koforidua High Court for an injunction on the construction of the mast.

But ahead of the court hearing, the parents are threatening to withdraw their children from the school and to boycott the 2016 general elections.

According to authorities of the school, they might be forced to close down the school if parents withdraw their wards as the number of students in the school has always been low.

They have appealed to the parents in the community to exercise patience and await the court’s judgment.