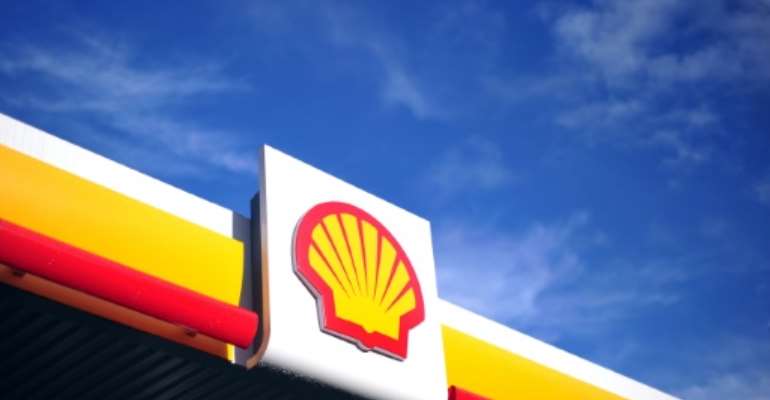 Four Nigerian farmers and fishermen, backed by the Dutch branch of environmental group Friends of the Earth, first filed the case in 2008 against Shell in a court case thousands of kilometres (miles) from their homes. By Carl Court (AFP/File)

The Hague (AFP) - A Dutch appeals court ruled Friday that four Nigerian farmers may take their case against oil giant Shell to a judge in the Netherlands, in a landmark ruling involving multinational corporate governance.

"The Dutch courts and this court consider it has jurisdiction in the case against Shell and its subsidiary in Nigeria," Judge Hans van der Klooster said at the appeals court in The Hague.

The four farmers and fishermen, backed by the Dutch branch of environmental group Friends of the Earth, first filed the case in 2008 against the Anglo-Dutch company in a court case thousands of kilometres (miles) from their homes.

The three-judge panel also denied Shell the power to take its decision before the Netherland's top court.

Shell did not specifically say whether it would seek a review of Friday's judgement, but it said that the case over their responsibility for the spills "will be the topic of continuing litigation."

The farmers also wanted Shell to disclose a number of documents they believe could show the company's negligence in maintaining its oil pipelines and guarding against sabotage.

In return, court documents reveal, Shell wanted the judges to scrap Dutch jurisdiction over cases in Nigeria and rule the farmers' appeal inadmissible.

Nigeria is the world's 13th largest oil producer, pumping out more than 2.4 million barrels a day, but much of the Niger Delta region remains deeply impoverished.

In January 2013 a lower Dutch court threw out most of the farmers' lawsuit, saying the plaintiffs could not hold Shell's parent company responsible for the pollution which has for years blighted the southeastern delta system in Africa's largest oil producer.

In that ruling, judges said Shell's Nigerian subsidiary was partly responsible and ordered it to compensate farmers and fishermen in one claim, in the Delta village of Ikot Ada Udo, but not in the three other claims.

On Friday morning, the Dutch appeals judge however -- in a verdict lasting less than five minutes -- agreed with the Nigerian farmers' appeal.

"All appeals by Shell are rejected," judge Van der Klooster said as he also ordered the massive energy group to hand over the documents.

"The ruling is a major victory, not only for the farmers, but indeed for the people of Nigeria," Friends of the Earth spokesman Geert Ritsema told journalists afterwards.

"It sets a massive precedent, which means that Dutch courts can make judgements about Dutch companies in other countries," he said.

None of the four farmers were at court, but a Friends of the Earth official said they followed proceedings via Skype "and were overjoyed with the verdict."

"It is vital that multinationals are made to answer for action abroad that would never be accepted in their home countries," added Amnesty International researcher Mark Dummett.

"We are disappointed the Dutch court has determined it should assume international jurisdiction over SPDC (Shell Petroleum Development Company of Nigeria)," the oil giant said in a statement.

"In 2013, the court found that Royal Dutch Shell has no liability in relation to these claims," it added.

"As the claims against SPDC relied on the Royal Dutch Shell claims to establish jurisdiction in the Netherlands, in our view the court should have declined to exercise jurisdiction over SPDC on this occasion," the statement said.

Judge Van der Klooster also denied leave to take the case to the Dutch highest Supreme Court for a further decision, saying the four farmers' case will be heard next year.

Environmental groups have long accused multinationals of following less stringent standards in developing countries than in Europe and North America.

They want the Netherlands and other Western nations to pass laws ordering companies to enforce the same environmental responsibility standards where they operate as are used at home.

Shell has been drilling in Nigeria for the last half-century and is the country's biggest producer.

The company has defended spills, particularly in the Niger Delta by saying they were the result of wide-scale sabotage for commercial gain.

The UN's environmental agency released a report in 2011, saying decades of oil pollution in the Niger Delta's Ogoniland region may require the world's biggest-ever clean-up and could take up to 30 years.

Friends of the Earth has said twice as much oil has been spilt in Nigeria as was leaked from the Deepwater Horizon spill into the Gulf of Mexico in 2010.

Earlier this year Shell agreed to clean up two huge spills in the fishing community of Bodo, after agreeing to settle with more than 15,000 claimants in the bulk case.

Under a compensation deal hammered out in London in January, Shell's Nigerian arm agreed to pay £55 million ($82 million, 75 million euros) to people in Bodo following a three-year legal battle over the 2008 spills that devastated their environment.

Alliance of CSO petitions Parliament for audience with GNPC ...
30 minutes ago