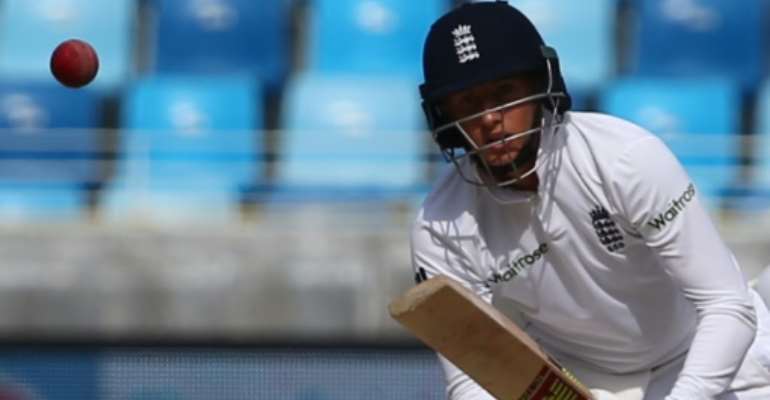 The tourists were bowled out for 190 in their second innings, with none of their batsmen able to notch a half-century. Joe Root (pictured in October) was the top scorer with 39.. By Marwan Naamani (AFP/File)

POTCHEFSTROOM (South Africa) (AFP) - England's batsmen stumbled in the second innings before a thunderstorm brought an early end to their three-day match against a South African Invitation team at Senwes Park on Thursday.

The tourists were bowled out for 190 in their second innings, with none of their batsmen able to notch a half-century. Joe Root was the top scorer with 39.

Junior Dala, a regular member of the Titans franchise team for limited overs matches but not selected for their first-class team, took five for 34, while fellow seamer, 19-year-old Andile Phehlukwayo, took three for 36.

With England leading by 472 runs, the Invitation team reached five for no wicket before rain ended play.

The tourists will meet tougher opposition when they come up against South Africa A in a three-day match in Pietermaritzburg, starting on Sunday.

The first of four Tests against South Africa starts in Durban on December 26.