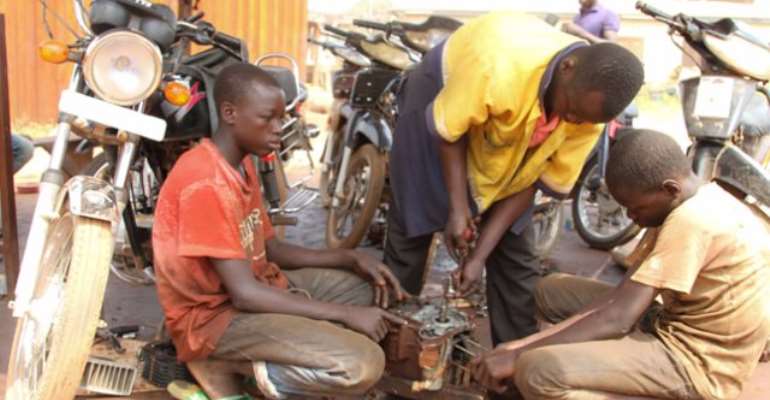 The SOS Children's Village is famous for providing home to children who have none; caring for them who have been abandoned and with nobody to lean on; the village gives hope to the underprivileged in the society.

Since 1974 the village has provided this service with distinction. However in 2004, the village began a new model- the Family Strengthening Programme (FSP)- one that tackles the problem of child abandonment from the roots. Eleven years on the SOS is celebrating what has been an incredibly successful programme which has seen children educated, empowered in their own communities, under their own guardians and tents, without waiting for them to be abandoned and brought to the SOS villages to be taken care of.

At the end of a Dinner II Gala organised in Tema to draw down the curtain on SOS activities for the year, the National Coordinator of the Family Strengthening Programme Anthony Owusu Gyamfi could not help but look back to what he says has been a successful programme.

Mr Owusu Gyamfi said the project was built on "civic driven change" which demanded a thorough community engagement to find out what they need instead of imposing the SOS interventions on them.

He said through the community engagement one of the beneficiary communities- Chorkor- had private schools willing to offer scholarships to underprivileged children within the society.

According to him, 18 communities across the country, including Chorkor and Ashaiman in Accra benefitted from this programme.

"Poverty is at the heart of most child deprivation situations. So if you want to help the child you need to address poverty," he told Myjoyonline.com at the sidelines of the Dinner.

Anthony Gyamfi said about 5000 children directly benefitted from the project whilst 13,000 others received indirect support.

In the year 2015 which marks the end of cut in donor support for the programme, the National Coordinator is convinced the beneficiary communities have been adequately empowered to take care of the children and caregivers and to prevent cases of child abandonment.

He mentioned some social business development models which allowed the communities to find solutions to problems facing them and later using that same solution as a business to raise money for other development projects.

He cited the water project in one of the beneficiary communities as a classic example of social business model which allowed the community to solve their perennial water problem and then use that water project as a business to raise money for other projects.

The National Director of SOS, Mr Alexander Mar Kekula in his remarks gave thumps up to community members and all who made the project a success.

He however encouraged the caregivers to continuously make the children their core focus and endeavour to improve their standard of living through sustainable income generation.