History To Be Made With Selection Of Next UN Secretary-General 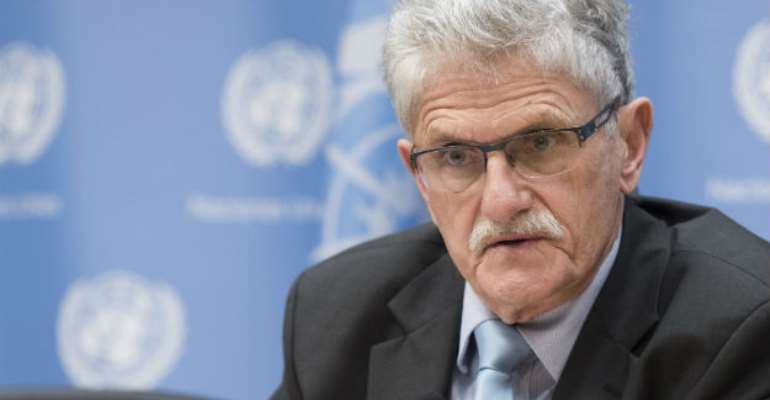 UN Member States will for the first time be included "totally" in the selection process of the next United Nations Secretary-General , the President of the General Assembly has said.

The selection of the next UN chief officially got underway on Tuesday following the issuing of a letter to the 193 Member States.

The Secretary-General is appointed by the General Assembly following the recommendation of the Security Council.

He or she will replace Ban Ki-moon whose ten-year tenure ends in 12 months' time.

It acknowledges the importance of transparency and inclusivity in the process.

That includes ongoing consultations with Member States, which is a new development.

Here's Mogens Lykketoft
"The process is started and the wish that the membership is for the first time in UN history is included totally in the discussion of the next Secretary-General."

It's expected that the names of candidates will be presented by the end of March next year.

The next Secretary-General will assume the role in January 2017 and will serve a five year term, which can be renewed by Member States for an additional five years.