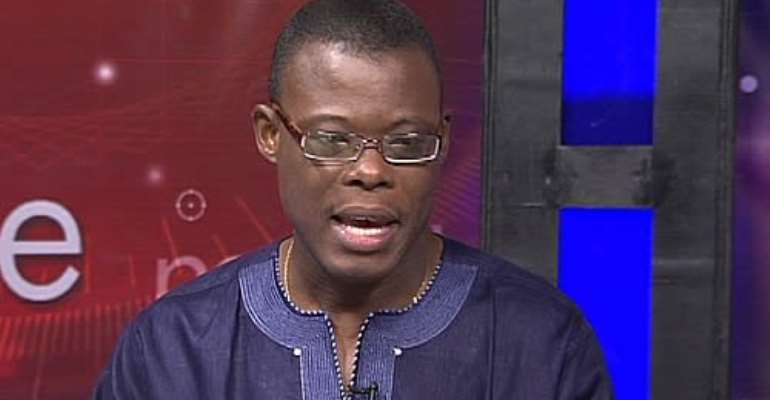 The Agric minister Fifi Kwetey says the continued decline in the contribution of agriculture to Ghana's Gross Domestic Product (GDP) is not a problem for government as it is made to seem.

Speaking at a forum organised jointly by SEND-Ghana and the Peasant Farmers Association of Ghana (PFAG), Wednesday, the Minister said it is "lazy analysis" for anybody to suggest that the decline in agric's contribution to GDP must be a source of worry to government.

"If you do any proper analysis of what happens all over the world what you know is that as economies transform and emerge, agricultural transformation to GDP all over the world comes down. It is not supposed to be a doomsday scenario," he said in an answer to a question as to whether the consistent decline in Agriculture contribution to GDP is a source of worry to government.

The contribution of agric to the overall GDP has consistently declined from 39 per cent in 2008 to 19 per cent in 2015. The Agric sector has also seen a fluctuating growth in the last seven years. The sector is growing at 0.4% this year.

Some agriculturalists have found this trend rather worrying, especially because agriculture still remains the highest employer in Ghana's economy.

But the sector Minister Fifi Kwetey is not worried. He said the fact that agriculture is reducing in terms of its contribution to GDP does not mean the sector is not doing well.

"This does not mean that food produced in the country has reduced. Agriculture is within a certain chain which enters into manufacturing and services.

"...It is not simply an issue of agriculture contribution to GDP has dropped and therefore it is [worrying]. Sometimes it tends to be rather lazy analysis. That really is the reality.

"If you talk to the countries that have made the transition, South Africa, India you will notice that agriculture contribution to GDP used to be very high but it has come down as part of the natural part of the evolution and the transition that happens in all economies," he stated.

The minister also played down the country's fluctuating agricultural growth.

But the Chief Executive Officer of the Savanna Accelerated Development Authority (SADA), Dr Charles Abugre, who was also present at the Forum, said while it is true that the contribution of agriculture to GDP reduces in developed countries, the case in Ghana should be worrying to every Ghanaian.

He described Ghana's situation as one of "premature deindustrialization."

"But we haven't manufactured and we are in services. What is the services? It is imported retail and wholesale. It is banks and insurance. Therefore, this must worry us because if the services are on the back of a transformational agenda, [if is] productivity that is driving the declining share of agriculture in GDP, then we are happy.

"But that is not the case. In that sense, we need to pool together with the commercial farmers and everybody to make the case about agriculture-led transformation as the driver of the economy."

The forum was to address key challenges affecting agriculture in the country particularly the Maputo Accord which enjoins African countries in the sub-region to allocate 10 percent of their budget to agriculture.

The forum was attended by a good number of stakeholders in the sector. The two-day forum will end tomorrow at the La Palm Royal Beach.