Environment, Science ministry to order Kantanka cars from next month 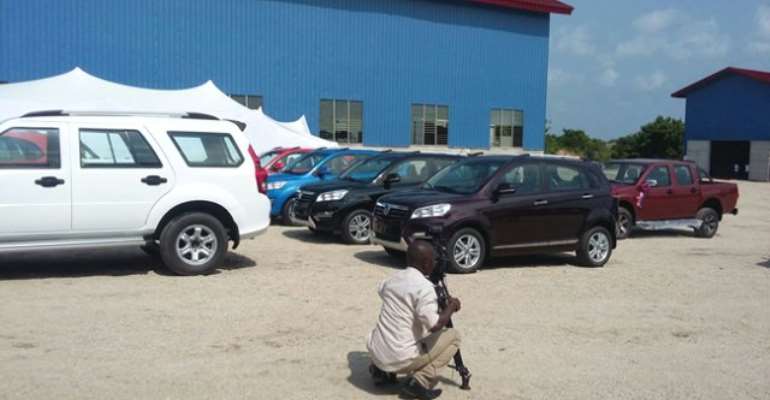 Minister for Environment, Science and Technology, Mahama Ayariga, says his outfit would most likely be buying all its vehicle fleet from local car manufacturer, Kantanka Motor Company, from next month.

The Minister announced this during a tour of the company's assembling plant in Accra, Wednesday.

Prices range between 68,000 to 94,000 Ghana cedis.
Currently producing between eight to twelve vehicles a day, the company hopes to deliver all 75 orders it has received by the January 15, 2016.

These orders are from the Zimbabwean High Commission, some private institutions and – as the CEO of the company puts it – dozens of ordinary Ghanaians.

“I have already directed my Chief Director [that] next year if we are able to raise some monies to procure some vehicles from this assembly plant. I would like to personally use one,” the Minister said.

He promised to send a memo to Cabinet to give local assembling plants and manufacturers some incentive and financial base to expand and produce as reduce cost to “provide low income people and opportunity to be able to afford”.

CEO of Kantanga Automobile Company, Kwodwo Safo Junior, was unhappy government has not supported the company since it started its operations twelve years ago.

He said government’s support in the form of tax incentive would be greatly appreciated.

In response Mahama Ayariga assured the CEO of a positive response soon.