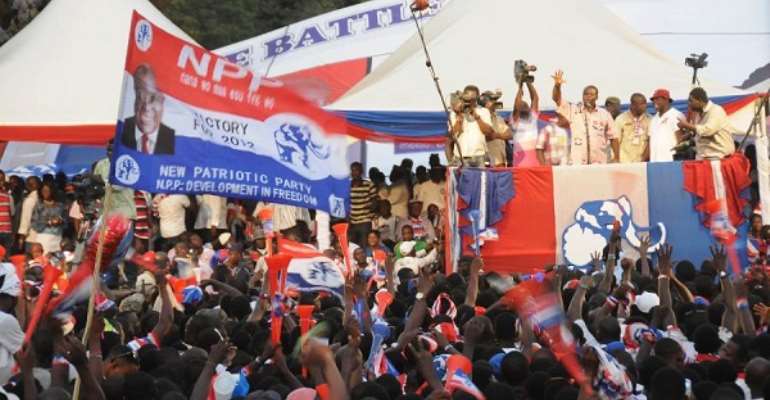 According to him, some of the electorates were influenced into voting for the NDC due to the goodies that were doled out to them.

“The people were poised for change after being in so many years of depravation but the items shared changed their minds. Items such as mattresses, bags of rice and cement among others were shared. Also construction of asphalt roads in Asankragua all influenced them.”

The ruling National Democratic Congress (NDC) has retained the Amenfi West Constituency seat in the by-election that was held Tuesday, December 15, 2015.

41-year old Economist, Eric Afful who represented the Akatamansonians is now the MP-elect for the area.

Derkyi, a lawyer by profession polled 13,079, representing 43.6% of the total valid votes cast.

Abraham Kojo Buadee from the Progressive Peoples Party (PPP) and Adjei Elvis of the United Front Party (UFP) polled 1,032 and 113, representing 3.4% and 0.4% of the total valid votes cast respectively.

The by-election was necessitated by the demise of the NDC MP for the area, John Gyetuah.

The Amenfi West Constituency is one of the oldest constituencies in the country.

Hoever speaking to Fiifi Banson on Anopa Kasapa on Kasapa 102.3 FM, Paul Derkyi said he was hopeful that per the good showing of the NPP in the by-election, the future looks bright for the party in the 2016 election.

“We closed the gap between us and the NDC, from an initial difference of about 9,000 votes to as low as less than 2,000 votes.”

It remains to be seen if the NPP would be able to wrestle the seat from the NDC in 2016 election after more than two decades of the ruling party dominance in the area.