Push For New Voters Register Must Be Evidence-Based – Jega 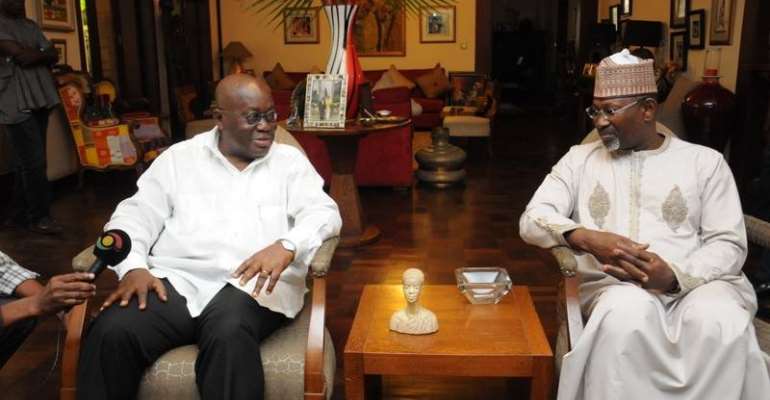 Former Chairman of Nigeria’s Independent National Electoral Commission (INEC), Prof Attahiru Jega, has called for further stakeholder discussions on whether Ghana needs a new register of voters ahead of the 2016 general elections.

The opposition New Patriotic Party (NPP) and pressure group Let My Vote Count Alliance (LMVCA) have been pushing for a new register. They argue that the current register is bloated. But Prof. Jega, who is visiting Ghana, has said more evidence has to be provided for any change.

He spoke when he paid a courtesy call on the NPP’s 2016 flagbearer, Nana Akufo-Addo.

Prof Jega said the only way the EC can clean the register is through the evidence that “you have” and, so, stakeholders will need to present the evidence, and once that is done, the EC is duty-bound to investigate in a very transparent manner.

For his part, Mr Akufo-Addo said the credibility of Ghana’s elections also depends on how the chair of the Electoral Commission is appointed, aside the problem around the register of voters.

He said there must be checks on the president’s powers of appointment. Mr Akufo-Addo suggested that the best way of ensuring that is by using simple majority vote by parliament to approve the president’s nominee for the position.

Using that process, in his view, will give the minority a voice in the appointment of a chair for the EC.