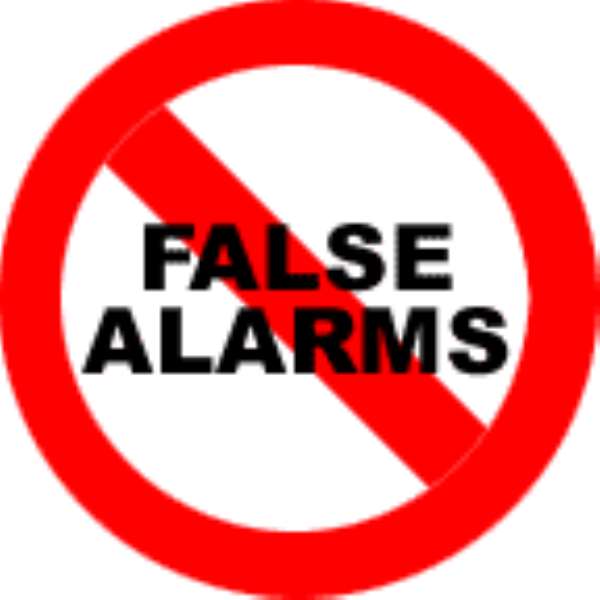 Accra, Nov. 8, GNA - One of the seven suspects arrested for plotting to destabilise the country appeared at a Circuit Court in Accra on Monday charged with possessing firearm without lawful authority and unauthorized buying of military accoutrements. The other six suspects have been discharged from police custody. The plea of Nicolas Owuoba, alias Nic, an Ex-Serviceman, was not taken. He was remanded into Police custody to reappear on November 15. This was after the Prosecutor, Mr Augustines Obuor, Assistant State Attorney, who was led by Mr Eric F.A. Agboloso, Chief State Attorney, had prayed the Court to remand Owuoba to enable him to assist the Police in investigations. The Prosecution said the accused, who is now a Businessman, was arrested two days ago and he would be needed in custody to enable the Police to get to the source of the matter. "If the accused is granted bail it is likely he might interfere with investigations." Mr Osei Owusu, Counsel for Owuoba, prayed the Court to admit his client to bail. Mr Owusu said it was not strange for his client, an Ex-Serviceman to possess those unserviceable gadgets adding that those gadgets were found on his veranda. "If those unserviceable gadgets were found on his veranda, it does not mean he going to use them for anything," Counsel said. The judge, Mr Williwise Kyeremeh refused to grant the accused person bail and asked that the Police should be allowed to do their investigations. The case as presented by the Prosecution was that last Friday, intelligence information indicated that a group of persons was preparing to disturb the peace and democratic process. A combined team from Bureau of National Investigations (BNI) and the Criminal Investigations Department (CID) of the Ghana Police Service mounted an exercise and rounded up the alleged members of the group. The Prosecution said during the exercise, seven persons including the accused person, were arrested. When the accused person's premise was searched military accoutrements in a military bag, including one "Makorov" pistol and 18 rounds of 9mm rounds of ammunition were found in his bedroom. A wooden box was also found on Owuoba's corridor. The Prosecution said Owuoba bought a set of camouflage military uniform, a pair of military boots, one military helmet, one set military body pack, two military caps, two military raincoats, one military water bottle, one military shovel, three military waist belts, one lanyard (operations) and one lanyard (64 BN) without authorisation. The security agencies on Saturday confirmed that a number of persons were being questioned in connection with a conspiracy to subvert the democratic government and perpetrate certain terrorist actions. A press release from the Criminal Investigation Department of the Ghana Police, signed by its Director David Asante-Apeatu, said appropriate legal advice would be sought when necessary to determine the appearance of these persons before the Court of Law. The release gave the assurance that the Security Agencies had monitored the threat and had always taken appropriate action to ensure that the Constitution was protected.
"Presently investigations are on-going to ascertain the full extent of the conspiracy and if necessary certain persons will be invited for interview and interrogation", the release said.