Prez Mahama to address 'Accounting to the People' forum today 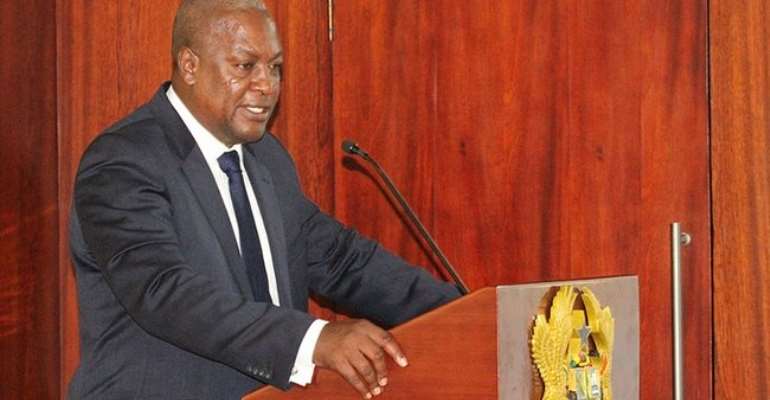 The President will at the event brief the nation on progress made so far, on the execution of the mandate bestowed on by the Ghanaians in 2012, a statement signed by Communications Minister Edward Omane Boamah said.

This event, according to the statement, “forms part of efforts to deepen transparency and accountability in governance as reflected in the fourth pillar of the 2012 NDC manifesto.”

The statement does not say much but the president is expected to list some achievements chalked up by his government.

The President is seeking re-election next year and will be keen to use the prime-time to tell Ghanaians what his government has been doing to better their lives and to make the country.

Faced with mounting criticisms of his handling of Ghana's economy which has seen declining growth, and allegations of widespread corruption, the president is expected to stress economic progress and efforts to fight corruption.

He may respond to Minority criticisms that he is sinking the nation into an abyss of debt through reckless borrowing. If he does, he will point out - as he has done previously - that the money borrowed was spent on productive ventures.

The event is scheduled for 7:30pm and will be carried live on Joy FM and other networks.