No immunity on embezzlement charges for E.Guinea president's son 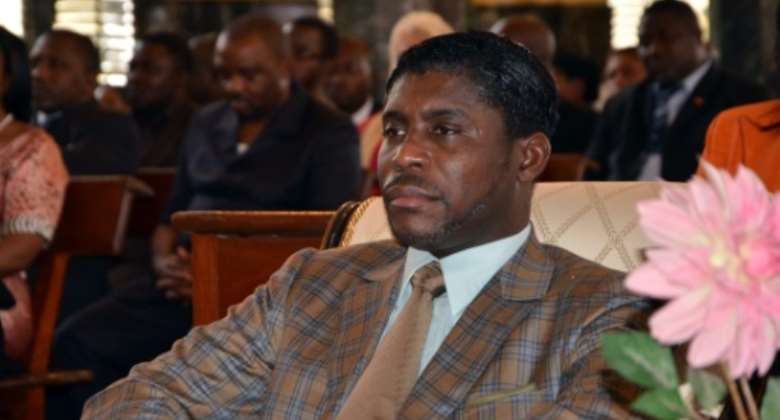 Teodorin Nguema Obiang, the son of Equatorial Guinea's president Teodoro Obiang and one of the country's vice-presidents, is accused of money laundering and misappropriating public funds. By Jerome Leroy (AFP/File)

Paris (AFP) - A French appeals court ruled Tuesday that Teodorin Obiang, son of Equatorial Guinea's long-running dictator, does not have immunity for prosecution on embezzlement charges.

Obiang, one of the country's vice-presidents, was charged by French prosecutors in March 2014 with money laundering and misappropriating millions of dollars in public funds.

NPP flagbearer race: Alan Kyerematen is coming, I'm not an e...
18 minutes ago

Agenda 111 delayed because of location disputes, but I will ...
26 minutes ago