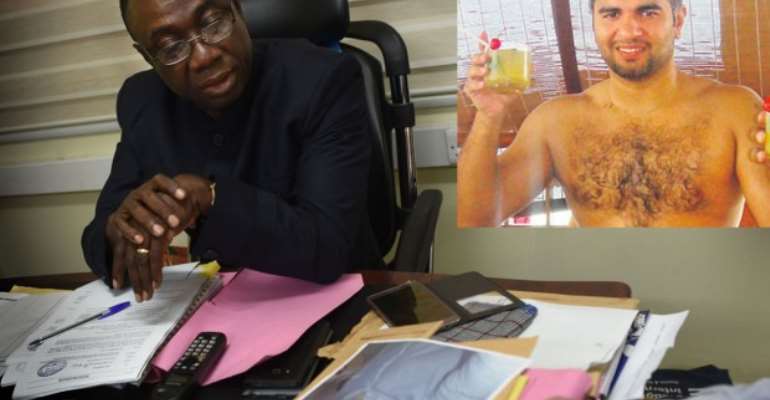 The New Patriotic Party (NPP) has called for an urgent inquiry into the gas generators supply deal signed between the Government of Ghana and Africa and Middle East Resources Investment (AMERI) Group, following a Norwegian newspaper report that a top director of AMERI is a wanted criminal.

The main opposition party made the call for a parliamentary inquiry into the 'stinky deal' in a press statement released yesterday and signed by its Ag. National Chairman, Freddie Blay.

Norwegian newspaper Verdans Gang (VG) has reported that 40-year-old Pakistani-born Norwegian Umar Farooq Zahoor, who is believed to be leading the AMERI deal which recently brought in the 10 turbines, is currently wanted by authorities in Norway with assistance by Interpol for organised crime including money laundering.

NPP in its statement entitled, 'Ten Reasons Why The NPP Demands An Immediate, Open, Public, Bipartisan Parliamentary Inquiry Into The $593m AMERI Power Deal,' wondered why the government of Ghana opted for the deal with AMERI for the 10 turbines at the cost of $510 million on a five-year contract basis when indeed it could have purchased them outright from American global energy conglomerate General Electric (GE)  at a cost of $220 million.

Suspicions Confirmed
According to the NPP, 'The investigations done by the two foreign journalists, first of all, confirm several suspicions raised by local observers surrounding this deal, as well as raise questions that have not and will not be answered by the president's agents merely issuing statements and press releases. It calls for an open, bipartisan full-scale enquiry into it.'

Before the AMERI deal was signed, it would be recalled, several policy think tanks including the African Centre for Energy Policy (ACEP) raised concerns, complaining that the deal had no value for money for the state and that some government officials apparently from the ministry of power who stood to benefit personally from the deal at the expense of the state were the ones pushing to have such an agreement approved by Parliament at all cost.

Denials
Outlining the reasons for an inquiry into the outcome of the deal which shows no value for money for the state, the NPP claimed that 'The NDC Government has come out to deny the key financial details of the transaction, but evidence from the contract before Parliament, especially the key annexures (Annexes ‘G’ & ‘C’), clearly contradicts the NDC Government’s position.

'In fact, the contract suggests that together with the specific, quoted costs, other contingent costs will lead to a total outlay far in excess of $1 billion. This is a worrying matter, given the precarious position of Ghana's finances, including a near GH¢100 billion public debt.'

Questions
'Why did the deal go through Ameri Group which appears to have been created shortly before this deal? Who are the real people, Ghanaian contacts, behind this Ameri deal? This question is legitimate because Ameri came from nowhere to be handed this lucrative deal on a 'golden' platter,' the NPP queried.

'The structure of the deal is itself troubling. President John Mahama’s government also has a working relationship with GE, the global American conglomerate from which the plants were acquired. GE is also working in the energy sector to supply electric power. Why did the Ghana government choose to enter into an arrangement that would cost us, in specified terms, some 130% more (and potentially, if contingent liabilities fall due, cost five times more what it would have been if we purchased the plants outright)? Why go through an inexperienced middle company?' NPP wondered.

No ‘aboboyaa’ allowed on Accra highways from November 1 — He...
57 minutes ago