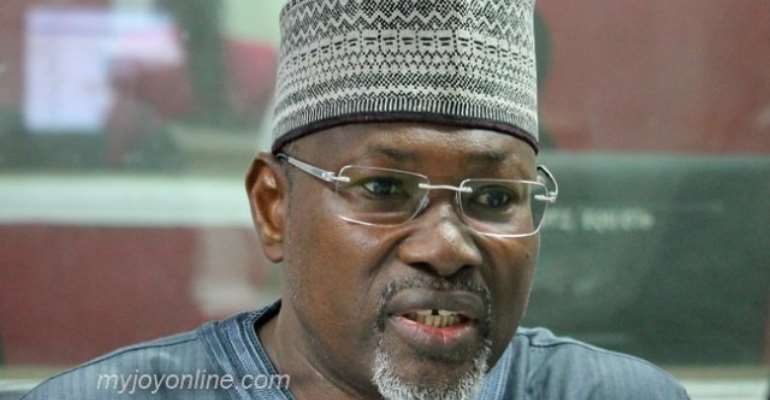 Despite a relatively successful elections in 2011 which retained Goodluck Jonathan, the immediate past Commissioner of the Independent Nigerian Electoral Commission (INEC) has described the 2015 elections as an enigma.

Prof Attahiru Jega who was addressing a lecture to commemorate the 25th Anniversary of the Institute of Economic Affairs (IEA) said the 2015 elections were a litmus test of Nigeria's democracy.

That election churned a historic results of an opposition party beating an incumbent government, with ex- army officer, Gen Buhari assuming the reigns of power.

Prof Jega, who was the only Commissioner to organise two consecutive national elections in Nigeria said many thought the success of the 2011 elections, which broke the tradition of doubt, violence and electoral malpractices which characterised previous elections, could not be replicated.

He said 2011, gave Nigeria the opportunity to "lift the stigma of elections" adding, "the 2015 elections became hostage of 2011," with people doubting that the success of 2011 could be replicated in 2015.

According to Prof Jega, prior to 2011 and the 2015 elections which he superintended, the Nigerian government disbanded one independent commission after each election and blamed commissioners for everything that went wrong in those elections.

With that confidence reposed in his administration, Prof Jega said he was challenged to even perform better in 2015 than he did in 2011.

To make that happen, the 58-year-old said his administration had to put in place a comprehensive four year plan- 2012-2016- that will deliver not just successful elections in 2015 but to build a rigorous, credible and sustainable election commission beyond the election year.

He said the comprehensive plan involved the review of the previous elections in 2011which focused on what went right while suggesting innovative means of solving the challenges that came with the previous election. In line with that, an independent review committee was commissioned whose report was given to a top rated management firm to implement.

He said the report was implemented to the letter, which resulted in a more credible elections in 2015.

He charged Ghanaians to beat the record set by the his administration in the 2015 elections.