Herring, a fish of old 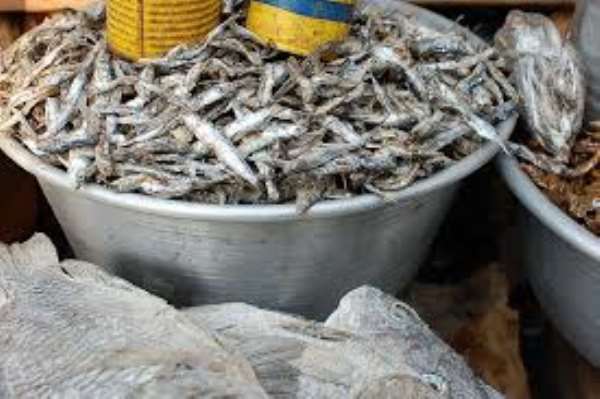 (A GNA feature by Celestina Seyram Tsievor)
Accra, Nov.14, GNA - Herrings, popularly called 'Keta schools boys', have been a staple protein source for most people in Ghana. They are forage fish belonging to the Clupeidae family. With its delicate flavour and light, soft flesh, herring makes a pleasing addition to our diet.

The Herring also offers a safe fish option because it is low in mercury, each 6-ounce portion of herring containing 332 calories to fuel an active lifestyle. It provides healthy fats and protein, along with essential minerals and vitamins. These nutrients work together to maintain tissue function and offer a number of health benefits.

Health Benefits
Ms Vida Boateng, Nutritionist at the Adabraka Poly Clinic says that making herring a part of one's diet keeps the red blood cells healthy. Red blood cells require haemoglobin, a protein containing chemical, to function because haemoglobin binds to oxygen so that the cells can transport it throughout the body.

She said the iron and vitamin B-12 found in each serving of herring both help to make haemoglobin. The protein in herring also serves as a source of amino acids, which the body needs for haemoglobin production.

Herring also comes packed with minerals important for skeletal health. It provides calcium, magnesium and phosphorus, three nutrients that the human body uses to make hydroxyapatite, the mineral complex that makes up teeth and bone. Its protein content also nourishes bones by helping to make proteins such as collagen that also contribute to bone strength.

Herrings are a good source of omega-3 fatty acid and vitamin B-12 which fight against system-wide inflammation; lower blood pressure; reduce the risk for blood clots; slow down the growth of atherosclerotic plaques that contribute to cardiovascular disease; and reduce one's risk of heart attacks and strokes, she further reveals.

Omega-3 fatty acids are absolutely essential for growth and development. The omega-3 fatty acid docosahexaenoic acid (DHA) is especially important, because it accumulates in the developing brain and eye. For this reason, it is often recommended that expecting and nursing mothers make sure they eat enough omega-3 fatty acids.

Research
Research has shown that fish consumption is linked to reduced decline in brain function in old age. People who eat fish regularly also have more grey matter in the brain centres that control memory and emotion.

One of the consequences of ageing is that brain function often deteriorates (often referred to as age-related cognitive decline). This is normal in many cases, but then there are also serious neurodegenerative diseases like Alzheimer's disease.

Interestingly, many observational studies have shown that people who eat more fish have slower rates of cognitive decline. One mechanism could be related to grey matter in the brain. Grey matter is the major functional tissue in your brain, containing the neurons that process information, store memories and make you human.

Herring is a good dietary source of vitamin D which functions like a steroid hormone in the body, and a whopping 41.6% of the United States population is deficient in it (17). Fish consumption is linked to reduced risk of autoimmune diseases, including Type-1 diabetes. Autoimmune disease occurs when the immune system mistakenly attacks and destroys healthy body tissues. Several studies have found that omega-3 or fish oil consumption is linked to reduced risk of Type-1 diabetes in children, as well as a form of autoimmune diabetes in adults.

People who eat more fish have a much lower risk of developing macular degeneration, a leading cause of vision impairment and blindness; it also leads to improved sleep.

Some market women in an interview with the GNA have indicated that herrings are loved by most people and sales are very good. According to them the reason why most people buy it is because of its nutritional content, affordability, as well as being easy to prepare.

Usually, the herrings are dried on pavements by the road side before being sold. The traders who are fish mongers and sellers as well, further note that said since the fish is often cooked before eating, any bacteria in it will be killed.

The question however is why, in spite of all their numerous and obvious benefits, the 'Keta school boys' continue to be regarded as inferior, particularly by the rich class, and is being increasingly associated with people in the poor, lower class bracket!

Perhaps, some public education on a massive scale would be required to restore the Herring to its rightful status on the food menu in our homes. Where are the nutritionists?