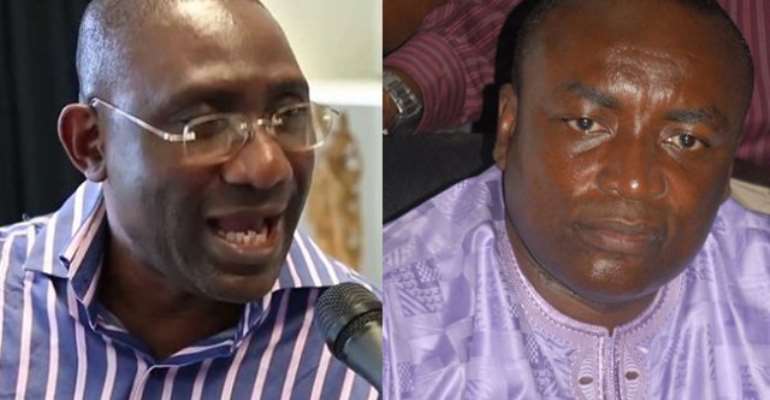 The National Executive Committee of the opposition NPP is today expected to take a decision on whether or not to uphold a recommendation to suspend two officers.

Party sources told Myjoyonline.com the Disciplinary Committee of the New Patriotic Party has recommended a 15-month suspension for the General Secretary Kwabena Agyepong and an indefinite suspension for First Vice Chairman Sammy Crabbe.

Some members of the party filed various petitions to the Disciplinary Committee demanding the suspension of the two accused of working against the interest of the party to annex power in the 2016 general elections.

The two, among several other alleged misconduct, are said to have publicly questioned the powers of the NEC to suspend then party Chairman Paul Afoko, choosing rather to recognise him [Afoko] as the legitimate leader of the party and not Freddy Blay, the 1st Vice Chairman who has been asked to act in Afoko’s stead.

Kwabena Agyepong submitted to the Disciplinary Committee's investigations and responded to the various allegations levelled against him by the four petitioners led by a former KNUST TESCON president, Chris Arthur.

But Mr. Sammy Crabbe declined the invitation by the Committee, questioning its authority to investigate him as a national executive member.

However, after its own investigations, the Disciplinary Committee concluded its work on Monday and recommended various sanctions against the two gentlemen.

The National Executive Committee is expected to meet today, December 10, 2015 to uphold, reject or vary the recommendations as they relate to the two executives.