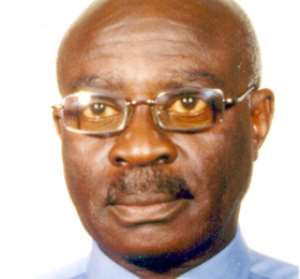 An Accra High Court will, today, pass judgment in the case of the Deputy Minister of Interior, Mr. Thomas Broni, who has been dragged to court for alleged wife snatching, leading to financial losses and damages. An official search at the court registry revealed that the judgment may be passed in the absence of both Mr.Broni and Madam Martha Nkrumah, following their failure to file a defence since June 16, this year.

Under normal court regulations, Mr. Broni should have filed his defence within eight days of receiving the summons.

In a suit brought against Mr. Broni and Ms.Martha Nkrumah on June 16, Osei Tutu, the plaintiff claimed the union between the Minister and his estranged wife (Martha) had led to several damages and losses and prayed the court for the dissolution of the marriage.

In his claim, Mr. Tutu demanded the return of their two children to his custody.

According to Mr. Tutu, he got married to Martha customarily at Abeka-Lapaz in Accra in 1995 after he had complied with all the requirements under the Akan customary marriage rites.

He said after the marriage, they both lived at Caprice, Kpehe, a suburb of Accra, where they were blessed with two children, Tony Osei Ankamah, 8 and Maame Dufie Osei Tutu, 4.

The plaintiff noted that following what he alleged to be the adulterous relationship between his wife and the minister, Broni rented an apartment for his wife at Mallam Atta, Accra Newtown and paid an initial sum of ¢9 million himself for the place.

He said since April 2002, his wife deserted him and moved out of their matrimonial home to the rented premises, with their children.

According to Tutu, an attempt by him to take custody of his children was met with strict resistance from Broni who allegedly instigated Martha to report him to the police-which was done.

He said he was consequently arrested, detained and humiliated in the process.

The plaintiff said following their alleged illegal union, Minister Broni abused his position as a Deputy Minister in the government and arranged with the Ghana National Procurement Agency to supply his wife with commodities on regular basis, as a means of keeping her in some kind of cash liquidity for the purposes of retaining her loyalty and making her dependent on him.

He said his wife had also behaved in such a manner that he could not reasonably be expected to live with her.

Tutu, who said there had never been any prior threat to their marriage, said when Broni surfaced in their marriage, all attempts to reconcile their differences failed, including even the interventions of elders and family members.

In an earlier petition dated August 2002, Tutu said sometime in 2000, Broni met his wife at the shop of one Kwaku Appiah, a nephew of his, adding that, “He followed up with visits even to my house during my absence from home.”

He said he had been able to withstand these traumatic events calmly so far by means of prayers and also by the realization that his party was in power and was headed by a man the nation adored.