I Deserve My Ex-Gratia; It Is Not A Favour – Tsatsu Tsikata 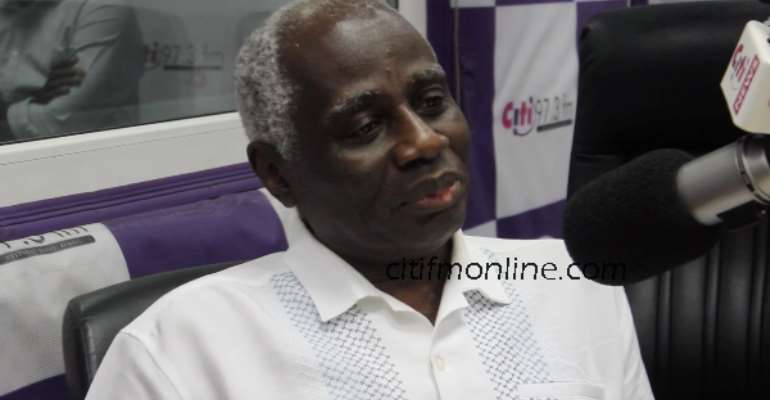 Former CEO of the Ghana National Petroleum Corporation (GNPC), Tsatsu Tsikata, has told Citi News in an exclusive interview that he will collect the ex-gratia due him, for his twelve years of stewardship despite the controversies surrounding it.

A former Deputy Energy Minister and MP for Adansi-Asokwa, K.T Hammond has described the monies to be paid Mr. Tsikata and four others as “criminal” and has called for investigations into the matter.

He has since been sued by Mr. Tsikata for defamation for alleging that he [Mr. Tsikata] has already received a payment of one million cedis.

Mr. Tsikata said K.T. Hammond also made some other defamatory statements against him in various media interviews.

Answering various questions in an interview on the Point Blank segment on Citi Eyewitness News on Tuesday, Mr. Tsikata said he did not fight for his end of service benefits as far back as 2001 when he was relieved of his position for alleged financial misappropriation, because protecting his freedom then was more important to him.

He was also of the view that the Kufuor administration then, appeared to have taken a decision to deny him those entitlements since letters he wrote to demand his payments were not answered.

Asked whether he will felt he deserved the ex-gratia and would collect it, he responded, “Of course I am entitled to it and I should have payments made on the basis of entitlements not a favour that anybody is doing. It’s an entitlement which has to be recognized as such. “Tell me what is morally insane about entitlements.

GNPC announced recently that its board has approved end of service payments for Mr. Tsatsu Tsikata, former Public Affairs Manager Esther Cobbah, Benjamin Dagadu (Field Evaluation and Development Manager) and Nana Boakye Asafo-Adjaye (Ag. Chief Executive). But the GNPC said only one of the four has been paid so far.

Parliament’s Select Committee on Mines and Energy in Parliament, has since demanded documents from the GNPC on the payments, to get clarity on the matter for the necessary recommendations to be made.

Mrs. Esther Cobbah, the former GNPC Public Affairs Manager, who happens to be Mr. Tsikata’s is also supposed to receive Ghc600, 000. She has since denied receiving the amount already but says she deserves it.