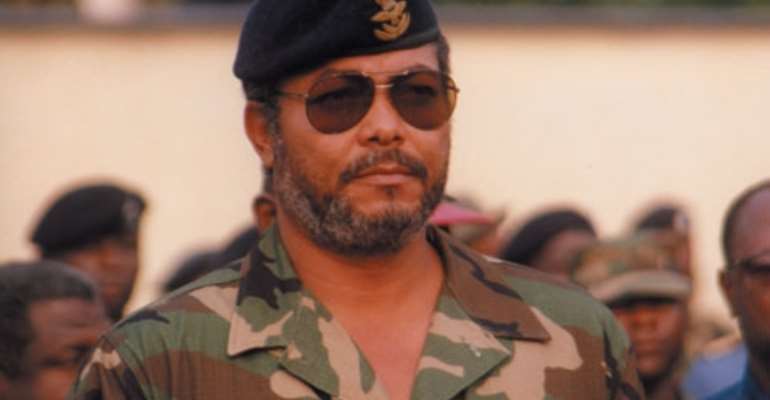 Accra, Nov. 4, Evening News -- Former President Rawlings says the only insurance against coup d'etat in constitutionally ruled Ghana is for the National democratic Congress to be returned to power in December 7.

The state-owned 'Evening News' has reported the former president as saying that a vote for any other party, particularly the ruling New Patriotic Party (NPP), would open the country up for intervention by the military.

He has warned the Kufuor Administration not to take Ghanaians hatred for coups as an excuse to 'misbehave'.

Former President Rawlings is reported to have made those statements at a rally of the leading minority party, the NDC, at Hohoe in the Volta region,

Cheered on by an enthusiastic crowd of party supporters, President Rawlings said it was only a government of the NDC that valued all Ghanaians as equal partners in the nation building and should be treated as such.

He told the people that all coups in the country had occurred because some Ghanaians felt cheated and exploited by others, “a condition being manifested under the NPP government”.

The former President claimed that the Kufuor Administration was arming thugs.

He said 300 of such people had recently returned to Ghana after training abroad and that he was ashamed that the Police and the Military had closed their eyes to it.