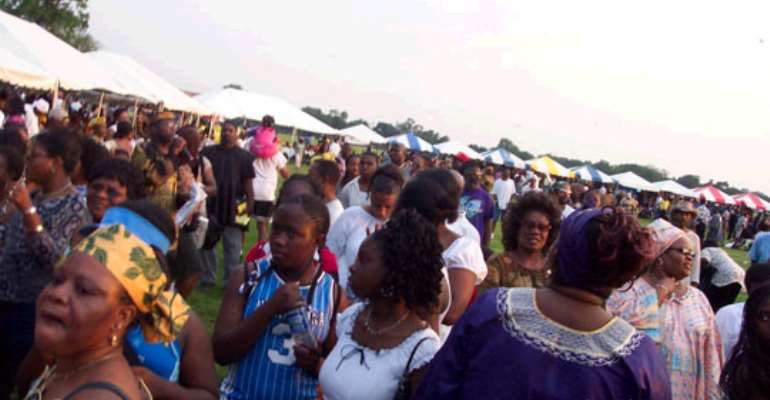 Speaking to the media yesterday on the upcoming Education UK-Ghana Fair 2004, Mr Payne said the fair is not about brain drain but to give young Ghanaians the chance to advance their knowledge.

"The Fair is encouraging Ghanaians to study in the UK, and our hope and expectation, reinforced by visa and Home Office rules, is that people will return to Ghana to give others the benefit of their study, research and learning from the UK," he said.

The Fair which would be taking place on November 5 & 6 at the National Theatre is to be opened by the Minister of Education, Youth and Sports, Mr Kwadwo Baah-Wiredu.

It is being organised by the British Council in Ghana and would feature 24 UK Universities.

Mr Payne said it is important for Ghanaians who get study opportunities in the UK to return home because they contribute positively to the development of industries and the growth of the nation.

"The number of UK alumni who have returned to Ghana to take up senior posts and leading roles demonstrates the benefit of this activity in the growth of the nation," he said.

He said some lecture halls of some universities in Ghana and Africa in particular would have been vacant if those who went to study abroad had not returned to take up jobs as lecturers among others. He said the UK has also benefited from the cultural interchange with Ghana.

"In my view this Fair is about cultural relations and development and a contribution to the continuing good relations between the UK and Ghana," he said.

He called on young Ghanaians not to be discouraged if they fail to get opportunities to study in the UK and other affluent countries because there are lots of opportunities here in Ghana too, such as the long distance facilities and programmes at the British Council and other institutions.

"Under the British Council's Distance Learning membership you can sit in an Internet café in, for instance, Tamale and have access to the same electronic resources as a UK student," he said.

Also, the fair aims to communicate to the target audience how study and training in the UK can help them expose their potentials, by providing them with world-class qualifications for a competitive advantage in their career.

Bridget Otoo allegedly sacked from Metro TV because of Maham...
9 minutes ago