Biafra Is A Challenge, Not A Solution 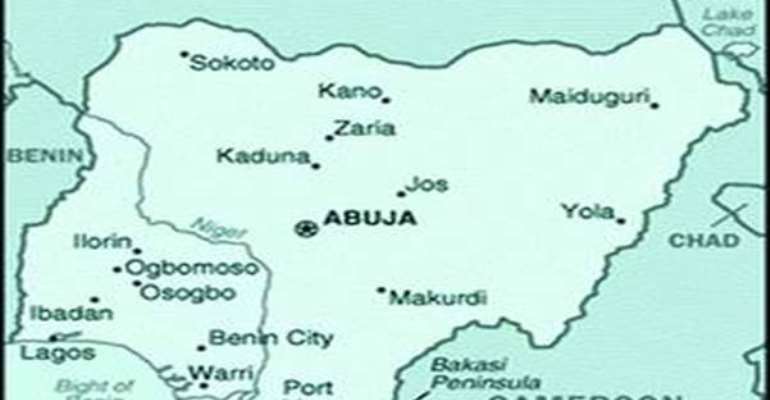 The current agitation for the unconditional release of the director of Radio Biafra, Mazi Nnamdi Kanu, and the resuscitation of the Biafra nation became more intense after Kanu was arrested during his visit to Nigeria from the UK about a month ago. Before then, the Nigerian government had nothing to worry about a rather distantly located “pirate” radio station and whatever influence it may have been exerting on any section of the country.

Because I recently wrote about Nnamdi Kanu and the Biafra dream, I would not have liked to be dragged into the issue of Biafra any longer. But after listening to my colleague Emma Agu addressing the Biafra issue on YouTube, I was obviously disturbed. Mr Agu and I worked in the defunct Nigerian Statesman newspaper in the early 1980s and I know that he is a respected veteran journalist.

I was disturbed because I know that the Biafra issue is not a matter anyone can conveniently wish away or easily dismiss with a wave of the hand. Biafra was a reality. It happened. And that is perhaps why, in his wisdom and foresight, the universally respected Igbo writer, Professor Chinua Achebe, wrote his last book and titled it “There was a Country”.

The Nigeria-Biafra war ended about 45 years ago. And if you take a cursory look at what is happening, you will find that the people demonstrating in Nigeria and Overseas about Biafra and Nnamdi Kanu are all below 45 years of age. Most of them were possibly born in the Biafran side of Nigeria during the war. Their birth certificates say they are Biafran citizens. Those of us who live in Europe and America know what that means. We know the value and importance of birth certificates.

Some of these people who were born in Biafra could have witnessed what happened to their families during the war with the eyes of childhood. And the experience could have remained indelible in their minds. When the war ended, Nigeria did not address this issue of Biafran birth certificates. So, as far as those children born in the Biafran side of Nigeria during the war are concerned, they are Biafrans.

Soon after the war, General Yakubu Gowon introduced his ‘3Rs’ – an acronym for reintegration, rehabilitation and reconstruction. It was his vision of implementing his National Development Plan [NDP], following his “no victor, no vanquished” declaration at the end of the war.

It is 45 years since. Yet, most Igbo who were either born in Biafra or fought on the side of Biafra are yet to be reintegrated and fully rehabilitated into the Nigerian mainstream. Some of them come from the Igbo heartland. Others come from such riverside areas as the Niger Delta Region. Marginalization which was the foundational cause of the Nigeria-Biafra war is still very much the problem of the nation.

Even as we speak, fresh agitations are being drummed up every day. The system only succeeded in breeding ethnic militia of sorts all over the country who claim, rightly or wrongly, to be the local champions of ethnic interests.

In the Deep South, the Movement for the Emancipation of the Niger Delta, MEND and similar militant groups have become the dominant voices of the people. Armed militia groups like the Oduah People's Congress, OPC, in the South-West; the Movement for the Realisation of the Sovereign State of Biafra, MASSOB and the Indigenous Peoples of Biafra, IPOB, in the South-East and Arewa People's Congress, APC, in the North have all sprung up supposedly in defence of ethnic interests.

Those who managed Gowon’s “3Rs” policy for reintegration, rehabilitation and reconstruction were the ones who made the initial mistake. They did not look into the fact that those children born during the three and half years of war were babies with Biafran birth certificates. Now they are adults, and as far as they are concerned, Biafra is the land of their birth because their birth certificates say so. Even though they were too young during the war to be able to defend their land, they definitely knew about Biafra being the land of their birth.

Growing up in Nigeria, they have seen the injustices that are prevalent in the Nigerian society, especially the greediness that culminates in their high level corruption. Based on their perception, their inner knowledge of their birth and their level of intelligence, it is possible that the reason they are agitating is because they were provoked by the arrest and detention of one of their own. They felt challenged.

If you ask me though, I think the position of the Igbo in the entire Nigerian experiment is very straight forward. Either they are truly One Nigeria or they are not. And if they are not, they should be allowed to go. That is it.

For the Igbo, being truly One Nigeria implies that ethnic chauvinism has to be expunged from the national dictionary. It means that any Nigerian child born in any part of Nigeria has legitimacy of citizenship of his or her place of birth. It means that any citizen of Nigeria can live, work and help develop any village, town or city in Nigeria where he feels comfortable to live in, without being constantly reminded by those who claim to own the land that he is a foreigner in his own country.

But whether the Igbo are coming or going, there are fundamental issues to be addressed.

Secondly, it is obvious that the creation of Biafra can never be a solution to the problems of Ndigbo in Nigeria. At best, it will become their challenge.

There is simply no reason for anyone to convince himself that once Biafra is carved out from Nigeria, all the problems of the Igbo will vanish. Not by any stretch of the imagination!

The leadership of Igbo in those days which consisted of Igbo elders was known and unanimously recognised and no one argued about the hierarchy. Today, leaderships of sorts have sprung up from every nook and cranny of Igboland. Everybody wants to be seen as an Igbo leader. The Igbo are still dancing the discordant tune of “each man for himself, God for us all!” The Igbo of today will be ready to betray each other because of money. Only a generation ago, it was unheard of. It was taboo.

It is important to note that the Igbo were highly regarded by most of the other Nigerians before the Nigeria-Biafra war. Despite the negative impression of being domineering, which some Northern leaders had about them, most Nigerians trusted them. If an Igbo told another Nigerian “this is black or white”, and that Nigerian turned it over and over, it couldn’t be different.The fact that they were trusted by the other Nigerians made the Igbo proud of themselves. It was that pride that bestowed on them their unflinching sense of unity.

However, somehow, the Igbo fell short of expectation during the war. The story was that an Igbo who pretended to be dead would jump to his feet at the sudden clatter of coins. To other Nigerians, that meant that the Igbo loved money even more than their lives. Once it had become generally touted and people believed that Ndigbo are greedily uncompromising with their love for money, political manipulators took advantage of their “weakness” to deal them a devastating and sustained blow from which they have never recovered.

Nigerian leaders tried to settle the Igbo by giving them the opportunity of becoming the Senate President. It was hoped that from that legislative angle, they would be able to effect the necessary changes that would keep Nigeria firmly united and bring the Igbo back on their feet. But they bungled those opportunities.

Soon after a democratically elected fourth Republic was inaugurated, Evan Enwerem, an Igbo who hailed from Imo State became the first Senate President. He did not hold the post for long. A Senate committee investigated him for fraud, part of the allegation being that he falsified his name. He was removed from office on 18 November, 1999.

The next President was Dr Chuba Okadigbo, another Igbo from Anambra State. Okadigbo was relieved of that office in less than one year, on 8 August, 2000. He was accused of fraud and misappropriation of funds.

He was succeeded by Pius Anyim, yet another Igbo from Ebonyi State. Anyim presided over the Senate for close to three years, from 2000 to 2003.

Nnamani presided for two years from 2005 to 2007 when the Presidency went outside Igboland, to the Middle Belt.

David Mark was elected Senate President on 6 June 2007. He completed his tenure of four years and was re-elected in April 2011 for another four-year term.

The Igbo had to make do with second positions as Deputy Senate President and Deputy Speaker of the House of Representatives because they could not hold their ground.

All this shows that Ndigbo need to look themselves up inwardly. They need to address their own peculiar problems. They need to ask themselves pertinent questions. They must recognize that they are so important in the economic stability of the country for Nigerians to want to lose them.

So, if the agitation of these youths is for the release of Nnamdi Kanu alone, it would make sense. But agitating for the return of Biafra cannot solve any Igbo problem – not now, not in the foreseeable future.

For one reason, those agitating for Biafra have not done any feasibility studies on their demands. If there was a land called Biafra, where is it now? From where to where? Who and who are agreed on that? What is the political thrust of the Biafra nation? Where are the institutions and infrastructure? These and many similar questions need to be settled for any agitation to have real meaning.

In summary, all these developments are enough to point to any discerning mind that the creation or recreation of Biafra is not, and will never be, the solution to Igbo problems in Nigeria. As I have said before, the release of Nnamdi Kanu is the first step. And afterwards, the Federal Government should dialogue with the leaders of the Biafra Movement and put matters clearly to them. They just have to manage themselves within a united Nigeria. In fact what Nigerians should be more concerned about at this point in time is how to cripple Abuja economically and strengthen the seven zones of Nigeria.