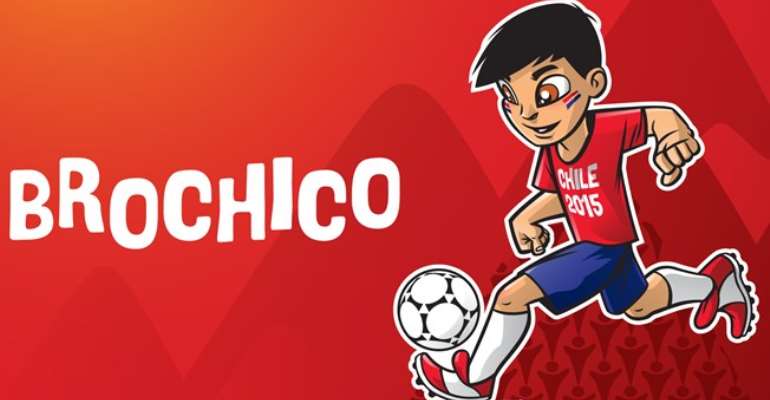 This year’s final game of the FIFA U-17 tournament in Chile will be played between two African teams – Mali and Nigeria. It will be the second time in history that two African nations play each other in the final match of a FIFA organised competition. This should be good news for youth football in Africa in particular, and for the game as a whole on the continent. But this article will rather be examining a somewhat gloomier aspect of the whole thing: why do African countries perform so well at FIFA’s youth tournaments but fail abysmally at the senior World Cup?

A look at the history of FIFA’s youth tournaments shows clearly that, apart from successes from Brazil and Argentina, the small soccer nations dominate these competitions.

U-17
This competition was started in 1985 when Nigeria won its first of four tournament victories. The others came in 1993, 2007 and 2013. Nigeria also has three second place finishes and is the most successful national side at this level. Incidentally, when Nigeria hosted its favourite tournament in 2009, it lost in the finals to Switzerland. Brazil is the second most successful nation in this tournament with three victories (1997, 1999, 2003). Ghana, making its first appearance in 1989, has a good record too – victories in 1991, 1995 and two second place finishes (1993, 1997) and a third place in 1999. Mexico has also won twice (2005, 2011). Soviet Union, Saudi Arabia, and France have all won this tournament once. Of all the countries that have ever won this trophy, only Brazil and France have also won the senior World Cup. Germany and Italy, with four World Cup victories each, have never won this junior trophy. Nigeria that has won the most victories has never even reached the quarterfinals of the World Cup.

U-20
With the U-20 championships, the soccer minions’ dominance has reduced. The most successful nation at this level is Argentina with six tournament victories and one runner up slot. Brazil has five victories here and four runners-up positions. These two great footballing nations have dominated the tournament with their combined total of 11 victories in a championship that has been held 20 times starting from 1977 when it was held in Tunisia. Portugal and Serbia have two titles each (includes Serbia as Yugoslavia). Spain, Soviet Union, West Germany, France and Ghana have a tournament victory each. It is worth noting that the most successful nation at the U-17 level, Nigeria, has not had an impact on the U-20 tournament. Her best performances at this level have been two runner-up positions (1989, 2005). These are not bad but one can conclude that Nigeria’s dominance at the U-17 has not been transferred to the U-20 level. Ghana remains the only African country to ever win this tournament but our victory over Brazil in Egypt in 2009 can be remembered for the victory only but not for the quality of football displayed in the final game.

Argentina, Brazil, Germany, France and Spain are countries that won at U-20 level and also won the World Cup at least once. Italy is the only great footballing nation that has not won a world junior title. The conclusion is that as the player’s get older, the soccer minions of the world are falling away. Brazil, Argentina and France are the only countries that have at least one tournament victory in FIFA’s world tournaments at all ages.

The World Cup
This is clearly the most competitive level of the game where there are no age limits and only the very best take part from each nation. The footballing minions are nowhere to be seen here. The senior World Cup is the preserve of the truly great footballing nations of the world. It is FIFA’s oldest tournament yet it has been won by only eight countries: Brazil (five victories), Italy and Germany (four each), Uruguay and Argentina (2 each), England, France and Spain (one each). These countries (in exception of Uruguay) remain the greatest footballing nations on earth.

Nigeria that has dominated the U-17 tournament has never reached the quarter finals of the World Cup. Ghana (two U-17 victories and one U-20 victory) has done better than Nigeria in the World Cup with its quarter-final place in South Africa 2010. But that is still not good enough. The more than 30 years dominance at the youth level of both countries has not been truly reflected in the senior tournament.

Why is this so?
One of the reasons advocated for the good performance of the third world nations at the youth level is that they have been cheating on age. When one is playing 17 year olds against each other, age differences mean a lot and the team cheating on that score has a clear advantage. The European countries do not cheat on age because they have traditions of strict demographic statistics and will not, consciously, cut down the ages of players even if they want to. In many European countries, football teams for kids are organised around the years in which they are born. These years are known and kept throughout their lives. It is not so in Africa where football officials connive to cut down the ages of players if the players themselves do not do so. It is a conscious decision to cheat because these days, everybody in African countries know the dates of their births unlike in the olden days when illiterate parents may be unable to write down dates of birth of children born outside the health system. And, indeed, Ghana and Nigeria and some other African countries have, at various times, been banned for the use of over-aged players.

But, these days, scientific measures have been devised to age-test the kids. This may have reduced cheating on age, but, perhaps, not completely. The age testing measures are controversial on moral grounds and Africans can be notorious for finding short cuts around rules and for preferreing short term benefits to long term ones. I don’t think the cheating on age argument is relevant these days. Close-ups of the Nigerian and Malian players in Chile, even on television, show that the youngsters are actually very young indeed. Notwithstanding this, the ages of the African players are still being questioned!

Another argument is that African youngsters are easily governable and determined to make their mark. When they become big and start making money, they are more difficult to control and are not as focused and determined in the senior game as they were in the junior one. This argument is difficult to believe. The senior World Cup is where every player, no matter how rich and famous, wants to shine. They do everything to take part in that ultimate footballing event. Indeed, Pele and Maradona, would not, today, be regarded as the best footballers ever if they had not left their marks on the World Cup. Christiano Ronaldo may never be put at par with Pele and Maradona because Portugal is not likely to win a World Cup before he retires. I believe the African players give of their best in the World Cup too. Our teams have just simply never been good enough at that level to win the trophy.

Yet another argument is that African youth teams are made up of home based players who have had time to play together for a long time to produce a unified team. When they grow bigger, they are dispersed in the big leagues around the world. The senior national teams are difficult to hold together for a long time because of this dispersal. This argument is also difficult to believe. Argentina and Brazil have had great youth teams as well as great senior teams, yet each of them has their best players spread out in the European league. But they always come together to do well in the senior national team. Why can’t the African countries, too, do the same?

Another argument is that the European countries do not take youth tournaments seriously. There is some truth in this argument. The U-17 games are hardly shown on national television in Europe. Even less is written about them in the national newspapers. You can watch the matches only on some obscure cable channels. This is a far cry from the serious media attention that the World Cup attracts in European countries. It does seem that European countries train and organise their youth football with the aim of the youngsters hitting their best in the senior game, not the junior one. How else can you explain Italy’s poor performances at youth level but their always coming up with world class teams at the senior level? Germany’s current success is based on a very effective youth training programme yet the country doesn’t excel at youth tournaments. And it seems they couldn’t be bothered.

Football has become a highly specialized and professionalized game. One can no longer play gutter to gutter all his youth and hope to progress to the big leagues. Like in tennis, talent is now identified at an early age and carefully groomed to reach its peak in the senior game. It seems Africa’s youth programmes are haphazard at best and non-existent at the worst.

One cannot reasonably expect every kid who was part of a U-17 winning team to go on to become a good player in the senior team. Development trajectories change. But one will expect that many of these boys will go on to be world beaters at the senior level. Moreover, the junior level victories will raise the profile of the game in the country attracting more youngsters into the game who may grow up to be great senior players. But in Nigeria or Ghana, the abundant talent at youth level has had only minimal effects on the senior game. At the same time those youngsters from the big footballing nations that failed at the youth tournaments grow up to become world beaters at the senior level. This is a sorry state especially given the fact that in places like Ghana, too much attention is being paid to soccer at the expense of other sports that our youth can become good at.

It is clear that Africa has done well at the junior level. But when it comes to the real thing, where the men are separated from the boys, Africa doesn’t come up to measure. Oh, how I wish to live to see the day two African countries meet in the finals of "The World Cup"…

Brazil's president contracts virus as US starts WHO withdraw...
35 minutes ago