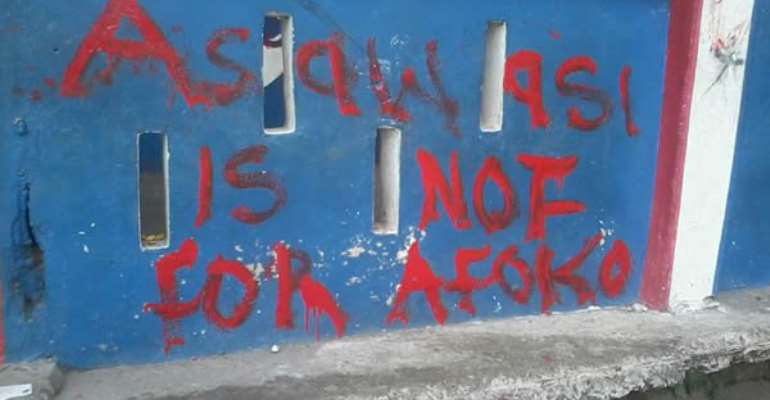 Yesterday, the members schemed to beat up their chairman, Isaac Brenya, after he called on the NPP's 2016 flagbearer, Nana Addo Dankwa Akufo-Addo, to step down.

The Asawase NPP Chairman allegedly made the comment, deemed outrageous, when he spoke to Accra-based TV3 Thursday afternoon.

Brenya who was in Accra had called on Nana Akufo-Addo to step down after the party has succeeded in ousting the national chairman, Paul Afoko. 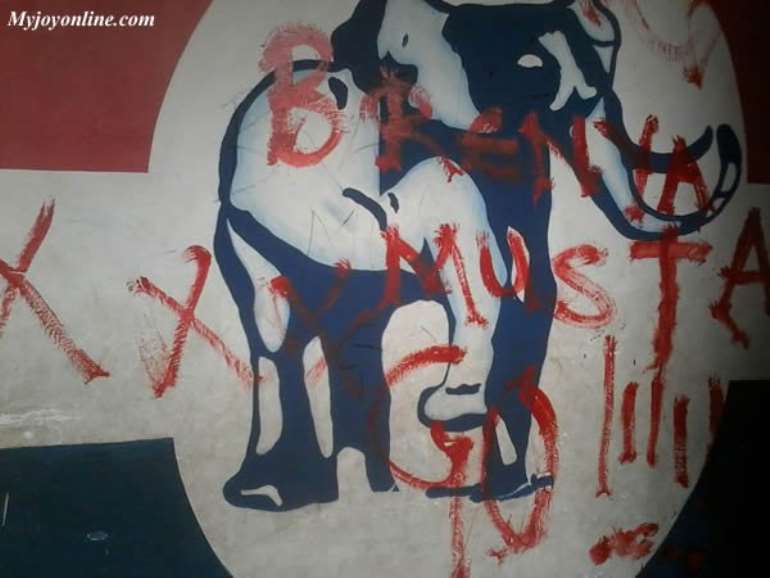 This has angered the supporters of the flagbearer, Nana Akufo-Addo who is riding on a 94% mandate to lead the party for the third time in presidential elections.

Ashanti regional correspondent Erastus Asare Donkor reported on Joy News Thursday, that hours after the said interview, supporters massed up in front of Chairman Brenya’s constituency office. The party supporters dispersed after waiting in vain for the Constituency Chairman.

Brenya was not back in Kumasi and was yet to come home, they realised.

They left leaving bold red inscriptions on floor and walls of the office, “Asawase is not for Afoko, Chairman Brenya must ago”. They vowed to return Friday. 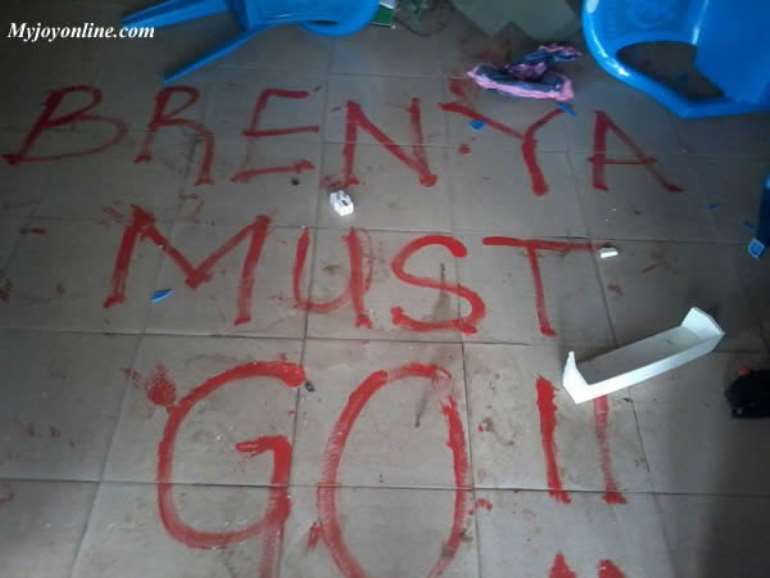 “Forgive him for what he has done” Obiri Boahene said on Joy FM's Top Story.

Despite his calls for calm, however, the supporters returned to the party office and ransacked the building.

He alleged that they took his mobile phone and beat him with a machete.

“[They] hit me with a machete, three times, you were all here and you saw what happened,” he told Prince. 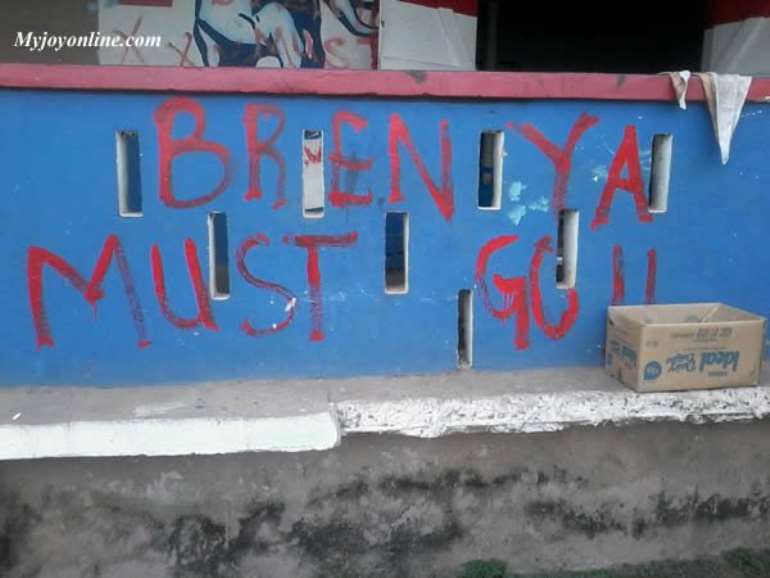 Paul Afoko is fighting a party decision to suspend him indefinitely after he was accused of being a disruptive force in the party’s quest for political power in 2016.

Ashanti region, the stronghold of the opposition NPP is led by Chairman Wontumi, a staunch supporter of Nana Akufo-Addo.