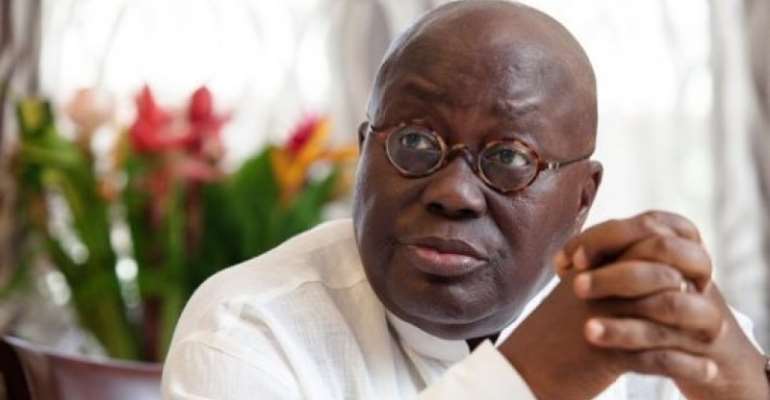 When I wrote on Facebook some weeks ago that Dr. Bawumiya might have been destined never to be a vice president of Ghana because he is paired with a wrong person and largely in a wrong party, I received advice, attacks and name calling through my inbox and on my timeline. Thank God NPP vindicated me and proved to the whole world as well as my attackers that the party is a wrong one and Bawumiya might indeed never be a vice president as far as the current crop of NPP leaders are in charge.

Before I go deep into the issues, let me veer a bit into what I observed from my brothers and sisters back home in Ghana and in the African continent in general. We are pretentious and turn to love lies than the truth. Indeed we are comfortable telling someone lies and urging him on to doom: and the one speaks the truth, becomes the Inspector General of Our Enemies – who deserves nothing better than insults, name calling and the rest. Let me give you one clear instance to back this claim.

In May this year I was in Ghana, Tamale to be specific to see my family after staying away from home for almost 7 years. Before I went home, I read a lot from friends criticizing the Sakawa boys (internet armed robbers). I naively thought this people really meant their words and joined them in insulting and calling the good for nothing thieves names. However I got the shock of my life when I touched down in Ghana. I saw the opposite – the people I joined in calling these thieves all sort of names were busily cheering, jumping and clapping for the very Sakawa boys they insult on social media. The first wedding I attended nearly put me in tears: the way people cheered these thieves yet go home to talk about them clearly showed that we are the biggest hypocrites ever. Why do we call them evil when they are away stealing, yet clap for them, cheer them on and make them look like some achievers when we meet them?

Now back to the issue here. We are just about a year away from the national elections, yet the NPP is busily fighting themselves rather than developing strategies to unseat the ruling party; yet when I write that Dr. Bawumiya might have been destined never to be a vice president, I become the monster. I beg what is my crime here? You feel so comfortable living with the evil that is tearing you apart, yet get irritated because someone called it evil. There are several NPP bigwigs who told the truth like I did – and as the norm, these people are called enemies rather than friends.

Let me start with the current issue, and perhaps the final issue bring the big animal down. Some people within the party met and suspended their national chairman Mr. Paul Afoko about a week ago. As a matter of fact, I am never surprise that Paul is suspended. I think he has even stayed in the position for a very long time – if you want to know why I am saying this, just go to peacefmonline.com and read the comments under the story announcing the suspension of the chairman. I don’t know much about the NPP constitution, as such I will not be touching on the legality of the action – I will concentrate much on the logic behind it.

The council of elders, the disciplinary committee which is not discipline itself, as well as the NEC of the NPP mentioned “the current case involving his brother” as one of their reasons for suspending the chairman. Kaasa, NPP is that how you will rule Ghana if you are voted into power? You will judge and determine the faith of one man based on what another man (his brother) is accused of? Is this acceptable in a modern society like ours? What has his brother’s case got to do with him? If he is a culprit in this case, why not sue him in a law court and render him unqualified? Has there been any judgment implicating him? So what exactly informed your decision if not…….let me be silent on this.

There are other claims that the suspended Chairman is undermining the success of the presidential candidate. Come on my elephant friends, should a party as big as yours live on rumors? How do you prove this kind of claim to the world? Is Afoko campaigning for NDC, or CPP? The only reason behind this whole issue is that some people within the party do not believe Afoko is “fit” enough to lead “their party….” nothing more nothing less! I know I will get my fair-share of the national insults for this write-up. But do I really care? Never!! I have grown to accept that accommodating lies and insulting those who say it as it is, is just one of the bad social capitals Ghana is struggling to shed off.

Ladies and gentlemen from the elephant family, please leave the messenger and concentrate on the message. Ask yourself after reading the last sentence of this article – and I mean genuinely, whether you are really convinced that your party is in a position, well prepared enough to kick the sitting government out of power. I am giving you a free opportunity to begin accepting the truth and to say goodbye to self-deceit. The truth remains that he who worships the corpse of his mother thinking she is asleep would learn the truth from the unpleasant odor from the termite infested carcass. It is not too late for NPP to accept the truth and do the right thing; and trust me, which begins with you; and I mean you accepting the fact that your party is in a mess and calling on the leaders to do the right thing.

I know some people will ask why this NDC boy is writing all this much about NPP. Well that is right, undeniable I would have voted for NDC if I were in Ghana and elections were held today – because NPP is just not ready for power as at this time. However that does not mean I should not be worried that the only strongest opposition party in Ghana is tearing itself apart. I love democracy and hate dominance. A weaker NPP will mean an easy win for NDC which is not all good for our democracy and for the masses. When one political party feels so comfortable that power is theirs no matter how they act, it turns to an autocratic regime – after all it will still be the best of the worse. If you want to learn more about death, just watch a snoring man. After counting pink sheets and dismissing the theory of “blank mean zero” to come to power, see how some government officials are behaving. Now imagine how things will be if they can win by 70%. It is important to keep our beautiful democracy active and exciting, and that can only be done if NPP rediscovers the unity and purpose it possessed in the 2000s.

To put this computer to sleep and retire to bed, your insults are welcome, your name callings are greatly appreciated and your tags are gladly accepted – just know that I am too vocal to be silent; and since the day I discovered the comfort in saying it as it is, I vowed never to be muted. The truth is NPP is dying, and very soon it will rot, unless something serious is done.

I am not very worried about the fact that my senior man Dr. Bawumiya will not be the vice president, I just hate to witness a boring democracy giving birth to arrogant party officials. Until the broken leg of the elephant is treated for the conquering powers of the “big animal” to be restored, NPP should forget about coming to power. God bless our motherland Ghana.