By David White for Financial Times 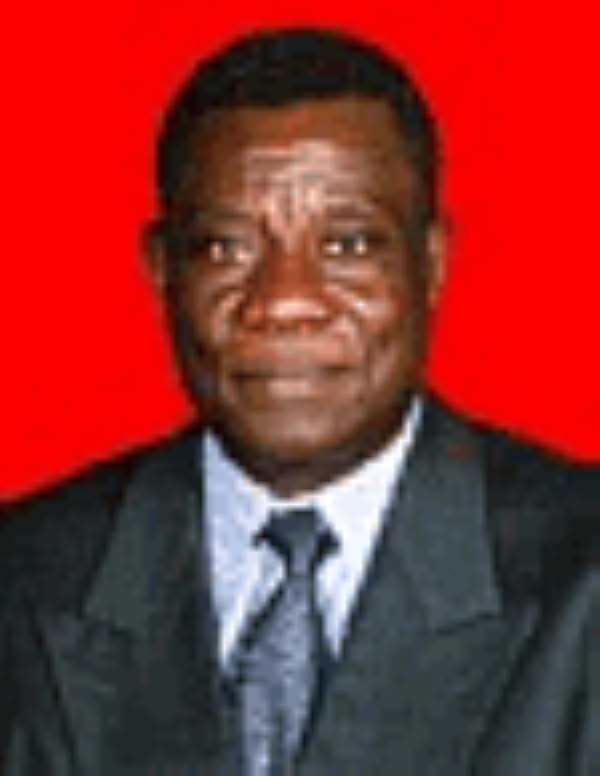 The contest is one of a clutch of African elections taking place in the next two months, along with Tunisia, Botswana, Niger, Namibia and Mozambique.

Ghana is a rarity, however, in that there is a genuine political alternative to the ruling New Patriotic Party of President John Kufuor.

Although Ghana's official campaign launch had to await the formal registration this week of presidential and parliamentary candidates, the battle was already well under way, with rallies across the country and occasional skirmishes in its impoverished northern region.

Most observers expect the December 7 elections to secure a second term for Mr Kufuor, possibly with a reinforced majority.

Although other parties are in contention, it is a two-sided race, a re-run of the landmark contest four years ago when Ghana underwent its first change of government by peaceful means.

That election marked the end of almost two decades in power by Jerry John Rawlings, the former revolutionary flight lieutenant who converted from military to constitutional president and obeyed the rules by standing down after two elected terms.

His populist National Democratic Congress was then ejected from government in a close fight.

Mr Kufuor, an Oxford-educated lawyer and businessman, nicknamed the Gentle Giant, won the presidency in a second-round run-off, and his NPP took half the seats in parliament.

He faces the same opponent, former vice-president John Evans Atta Mills, an academic and income-tax expert who is universally referred to by his title of Professor and is the candidate of the National Democratic Congress.

The 65-year-old Mr Kufuor has made a point of not indulging in election-year overspending. In the last four years Ghana has stabilised its economy, cutting inflation from 40 per cent almost to single figures, bolstering foreign exchange reserves from a bare three weeks' worth of imports to four months' worth, and pushing annual growth over 5 per cent.

Controversially, the government applied for debt relief, subjecting itself to the Highly Indebted Poor Countries scheme run by the International Monetary Fund and World Bank. At first this was widely regarded as demeaning, but the programme is set to save Ghana $230m a year, and "HIPC benefit" signs are now displayed on new school buildings, clinics and public toilets. The government has also spent on roads and electrification, the most visible signs of economic progress.

Most ordinary Ghanaians have yet to feel any improvement in their pockets, but observers believe the majority of the country's 10.5m voters are ready to give Mr Kufuor another four years.

However, given the lack of reliable opinion polls, nothing is certain. Ex-President Rawlings, who lives in a walled compound in the capital, continues to make his presence felt with strident accusations of "mass corruption". His party, which paints Mr Kufuor's NPP as representing business interests, still commands strong support in poor rural areas.

But there are clear advantages in being the incumbent. Although the law bars the use of state facilities for party purposes, Kwame Damoah-Agyeman, chief director of Ghana's Electoral Commission, says certain things are "difficult to police". For a start, ministers are able to use their official vehicles for campaigning. "That is one big cause of concern," he says.

The number of parliamentary constituencies, which elect members by a UK-style first-past-the-post system, is being increased from 200 to 230. To prevent fraud, votes are counted and monitored by party agents at each voting station before being collated at constituency level. Computerised photo registration has been introduced.

Last time, results from some centres were annulled when turnouts exceeded 100 per cent of registered voters.

Barred from receiving corporate backing but with no limits on individual contributions, parties have been clamouring for a new system of state funding. Mr Damoah-Agyeman, however, has reservations. He cites the example of elections this month in Cameroon, where state funding has led to the creation of over 180 parties.