The Ministry Of Education Is Too Important To Make Capricious Decision 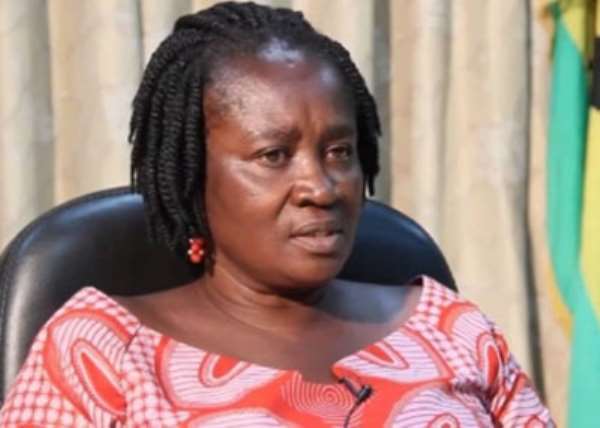 QUOTE: Education Minister Prof Naana Jane Opoku-Agyemang has asked heads and teachers of basic schools to desist from the use of the English language as the sole medium of instruction in the classrooms. Heads of basic schools, she noted, introduced English Language too early, making it difficult to prepare students adequately for higher academic learning. She therefore urged teachers to use the local languages as [the] medium of instruction in the classroom and gradually introduce the English language after the local language had been fully developed. [She said this] at a ceremony to mark the beginning of the assessment teachers for the 2014 National Best Teachers Award.

UNQUOTE
This must have come as a bolt from the sky to many teachers. For they had been told the exact opposite of this by the 'experts' who made policy in years gone by. A major debate had in fact taken place in the country, in the immediate pre-independence years, before it was decided that English should be made the medium of instruction in schools.

The fashionable idea, at the time, had been that since all governmental business was conducted in English, children should be helped to acquire English as early as possible in their educational careers. The earlier the children were exposed to English (it was argued), the easier it would be for teachers to build on what they had acquired in earlier life, to provide them with the mastery of the language that would enable them to function effectively in either the public services or the commercial field - after leaving school.

Unhappily, this objective has not been achieved. Over the past half century, the standard of the English served to the public by civil servants, the spokespersons for commercial houses, journalists and teachers, has steadily deteriorated. I often wonder why this is so.

If I were asked to guess, I would say that perhaps those who award certificates and degrees no longer place as much store on the language in which knowledge is expressed, as they do on the content of the subjects written about. If this is so, the institutions are doing their students a disservice. For apart from a few very specialised subjects that have their own peculiar means of expression, knowledge is best expressed with a good command of language - in our case, English. After all, we do need to win respect for our educational system whenever we open our mouths in public - and it is English that comes out - or a version of it!

Now, if it has become evident that a good of mastery of English is not one of our recognisable assets - despite using English as our medium of instruction in schools - then the logical thing to do is to find out how we can improve that situation, and not to embark on yet another change.

The principal source of our weakness in English is undoubtedly the unavailability of the materials that can help children and young adults to absorb good English. These include easily-grasped grammar books and enjoyable reading matter, above all else. Once a child finds out that reading can be a great pleasure, the job is done. Through reading, he/she will subconsciously absorb the use of idioms, detect shades of meanings in words; and even recognise striking passages that can be memorised.

What has the Ministry of Education been doing to prevent the products of our educational system from obtaining such a poor mastery of English? We do know that education is so low on the government’s list of priorities that even writing chalk is sometimes absent from schools! Exercise books and reading material are also not easily available. Yet the ministry now intends - apparently - to embark on another change of policy, which is bound to make serious demands on its resources. Is that wise?

The Minister of Education broached the subject in August 2014 - that is, 14 solid months ago. Nothing has been done to consult the nation on whether this would be a good policy change or not. Yet, on 16 October 2015, the minister stated again that:

QUOTE: 'Ghana would very soon change the use of English as a medium of instruction in school. Prof Jane Naana Opoku Agyemang largely blamed the inability of the educated working class to develop the nation, to the language used in teaching them in schools.

The minister, who was part of [a]… 'Shared Prosperity Forum'… indicated that she was determined to push through the language policy at the highest level so that school children can be thought in their mother tongue. UNQUOTE

Several participants to the forum came from countries whose education achievements are considerable. I wonder whether any of them bothered to tell their hostess that changes to an educational system must not be made in a capricious manner but must be the result of protracted studies by experts, after which the changes must be sold to the public.

If the foreign participants were conversant with Ghana’s educational system, they would have marvelled at the fact that the Ministry of Education, which is still being blamed for a lowering of standards resulting from its last major change of policy - the shoving aside of the traditional primary and secondary school systems - should be contemplating a change in the system again, instead of concentrating on mending its loopholes.

If the minister were operating in say, the UK, she would first issue a consultation ['Green'] paper, get comments on it, refer the comments to a committee of experts, hear their views, and then invite the public to discuss the conclusions reached by the experts.

This sort of consultation would necessarily take a considerable length of time, but its results would represent a national consensus.

If the minister pushes through her ideas - and with an election approaching in about a year, how can she organise a national consensus? - all that will happen is that the well-to-do elite and middle class in Ghanaian society will continue to pay heavy fees to private schools and leave the public schools to become even worse than they are. And the divisions in Ghanaian society, already marked by a clear, economic, class system, will only be more sharply accentuated.