A New Voters' Register For Election-2016; NPP Must Have A Plan-B 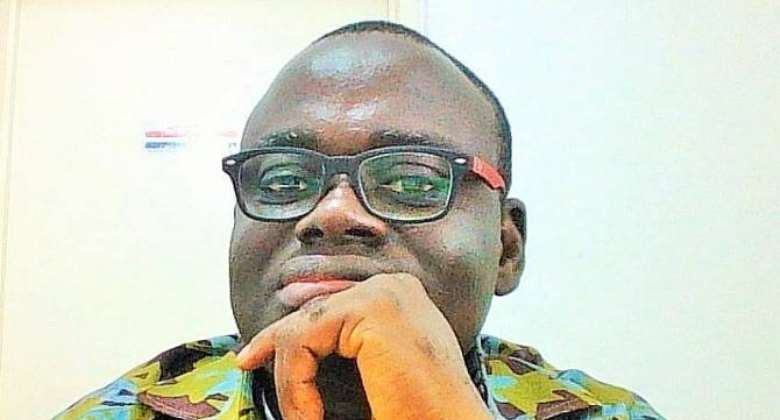 Per the Supreme Court petition after the election-2012, it was evident that NPP won but victory was stolen from them. In 2008, the whole of EC was taken over by highly-offensive-weapons-wielding NDC thugs.

At a point, Rojo Mettle-Nunoo actually walked out of the EC strong-room and was on his way to call upon NDC followers to pour into the streets of Accra with the intent of starting a total civil explosion. It was Alfred Oko Vanderpuije who accosted him in the corridor and prevailed on him not to do so.

Last but certainly not the least, was the role Radio Gold played; that media network actually offered its platform for the likes of Samuel Okudzeto-Ablakwa to make an announcement to the effect that "all our borders, land, air and sea, have been closed so nobody should make the attempt to escape”. He again called on NDC followers to "invade the EC" with murder weapons, because their "mandate was being stolen".

Raymond Archer, the editor of Enquirer Newspaper, with his late night "ELECTION FORENSICS" ON RADIO GOLD 90.5, actually managed to tap into private phone conversations of some senior NPP officials and those of us close to them, recorded them and played them on his programme.

Indeed, I and personal driver of Kwabena Agyei Agyepong were victims of that criminal act by Raymond Archer, and this even resulted in a particular mobile phone network being fingered and boycotted after the declaration of results of election-2008.

It was around 10am on that day NDC followers besieged EC offices, and decided to take a walk from Kanda through the ring-road-central, to transact business at the Ring Road Central branch of Standard Chartered Bank, but all businesses on that stretch had shut down and sent their workers home, in anticipation of an outbreak of a civil war.

The only place on that whole ring-road-central stretch where i witnessed a bee-hive of activities with joyous party fanatics dancing to the tune of "YERE SE SAM" was the NDC headquarters next to the Paloma Hotel/Restaurant.

Indeed, there was a thick cloud of Armageddon hanging over the nation, and for fear of this becoming a reality, the clergy, and here i will mention particular names of Bishop Agyin-Asare, Archbishop Nicholas Duncan-Williams and Rev. Sam Korankye-Ankrah, actually coming out to call on President Kufuor not to continue keeping silent, but, speak, as the "FATHER OF THE NATION”, in order to calm nerves. But today, these men of God have decided to maintain a deafening silence on the raging fire over new voters' register.

My office which is located close to the Kanda Overpass, has a road in front of it where NDC fanatics in the neighboring communities were using on their way to EC office, wielding their frighteningly offensive murder weapons. They knew me as an NPP person and they brazenly pointed to my office and threatened to set it ablaze.

Coupled with all these strategy, were the incessant NDC-instigated CJA-led street demonstrations against ROPAB, and open threat of civil war, the "KENYA WAY”, if the law was implemented and Ghanaians resident abroad were made to take part in election-2008.

Now, this is what i describe as PLAN-B which NPP should consider, with URGENTLY URGENT URGENCY, because it is very clear the current totally discredited voters’ register which is heavily skewed to ensure a one-touch victory for NDC in election-2016.Indeed,

Unquestionably, the John Dramani Mahama -led NDC administration has totally failed in governance but successfully delivered in looting of state coffers. Such, there is a palpable groundswell of discontent and desire for change.

However, this definitely will not happen on a silver-platter, because, it takes timely human-effort to capitalize on opportunities that come with the time, to change the course of history.