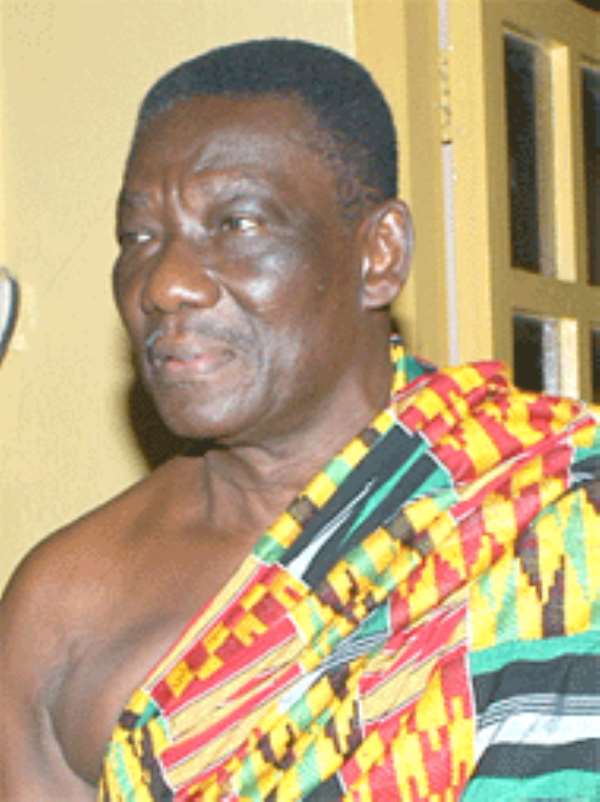 Accra, Oct. 18, GNA - An Accra High Court on Monday held that the "Daily Dispatch" story of April 9, 2003: "Mamponghene in 264 million cedi-fraud" was true and the comments thereon were fair. The Court presided over by Justice Victor Ofoe held: "Having found that the publication by the Defendant is true, it is my opinion that they have firmly established the defence of justification.... And having found that the allegation is true, the Defendant's publication and comments made thereon is a fair comment." The Court, therefore, awarded a cost of five million cedis to the Defendants having thrown out a writ the Mamponghene, Dasebre Nana Osei Bonsu II filed against the "Daily Dispatch" newspaper, its Editor, Mr Ben Ephson and two others over claims that he was defamed by the publication. The other defendants in the case were Mr Akawasi Mensah and Allied News Limited.
Mamponghene was in Court on the allegation that the Defendants had defamed him in the Daily Dispatch Publication of April 9, 2003, with the headline, "Mamponghene in 264 million cedi-fraud."
He claimed that the publication had tarnished his reputation, exposing him to public ridicule and scorn and thus lowering his estimation in the eyes of right thinking members of the public. He was, therefore, claiming 500 million cedis in general damages and special damages.
Dasebre Osei Bonsu had requested that "an order of injunction restraining the Defendants, their agents, representatives, workmen and those connected with the operation and workings of the Defendant from in any manner continuing their malicious publication calculated to tarnish his reputation".
The Defendants, however, contended that what they published was a copious reproduction of a petition alleging fraud against the Plaintiff, which was lodged with the Asantehene, Otumfuo Osei Tutu II; The Overlord of Mamponghene.
They said the publication was without malice and was on an occasion of qualified privilege being a fair and accurate reproduction of the contents of the matter before a competent and lawful adjudication body.