Nyaho, Put Up Or Shut Up! 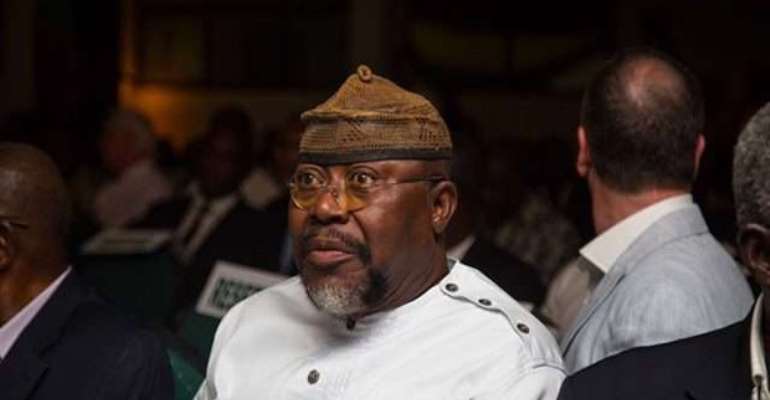 “An Egg Shouldn’t Be Deceived By The Hardness Of Its Shell; It Cannot Challenge A Stone In A Fight” – African Proverb.

I write today’s piece with a deep sense of sadness. I’m very sad because I’m being compelled by happenings in the Osono fraternity to do something I rarely do in this column. It’s not in my character to tongue-lash people in my write-ups, especially if it is someone I respect (or should I say I used to respect?). Unfortunately, that is what I plan doing today.

As the heading might have hinted, the man under my microscopic view today is Dr Nyaho-Nyaho Tamakloe. He is a medical doctor, diplomat and a politician. He is noted for his combative and no-nonsense approach to issues. He was the ambassador to Serbia and Montenegro during the Kufuor administration.

I first heard of him in 1986 when he took charge of Accra Hearts of Oak. Though a teenager and an ardent supporter of Kumasi Asante Kotoko, I couldn’t but fall in love with the man. He is credited with the introduction of the ‘Musical Youth’, following the dismissal of almost all senior players. The swift and radical action was what paved way for the rise of the likes of late Shamo Quaye and Ablade Kumah.

As a politician, he is said to be a founding member of the Great Elephant and gleefully responds to the tag of ‘leading member’ of the party. But since 2009 he has done nothing to warrant that tag. He has deliberately refused to see the ills of the ruling party. He has closed his eyes to the glaring incompetence and corruption being displayed by officials of the ruling Zu-za government. He became dumb on the GYEEDA debacle and the infamous ‘Akomfem’ saga.

But when it comes to issues relating to his party, the dumb politician miraculously regains his speech. Nothing he says supports the claim that he is an elder of the party. Not only do his words stink, they also paint a bad image of his party.

I’m not very advanced in age, but I know very well that elders that mean well for their families do not go washing their dirty linen in public. Any elder who does that does not deserve the respect of his family members.

It is the reason I became excited when I heard Otiko Djaba’s response to Dr Nyaho-Tamakloe’s unwarranted and ill-motivated public criticisms of the party. He should know that a bad habit is like fire; you cannot play with it and expect not to get burnt. If he has no help to give, he should not make matters worse with his stinking words.

Chairman Jake Obetsebi Lamptey was also very apt in his reaction. He said the man had no justification in claiming to be a leading member of the party because his actions pointed to the contrary.

I totally support Otiko’s call on Osono supporters to ignore Dr Nyaho-Tamakloe’s ill-motivated criticisms and rather focus on rallying efforts towards victory in 2016.The man is always looking at the sky; how then can he discover what is on the ground?