Call to kick polluters out of climate talks 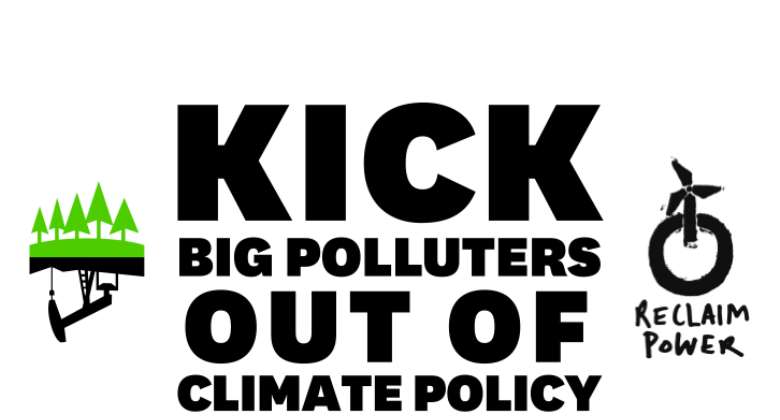 (CNS): Activists have appealed to Indian government to take urgent and meaningful action on climate change next week in Germany. The action is part of a global day of action in several countries calling for a more just and sustainable energy system and for policymakers to end the undue influence and obstruction of climate policy by transnational fossil fuel corporations. "Every day we feel the effects of climate change - a crisis we did little to create. Today, the people of India are saying 'enough is enough!'" said Dr Sandeep Pandey, Magsaysay Awardee and Vice President of Socialist Party (India), to CNS (Citizen News Service).

Dr Pandey who is also involved with National Alliance of People's Movements (NAPM) and Asha Parivar added: "Modi government is watering down, diluting and compromising environmental laws and policies instead of strengthening checks for environment protection. Government must keep people before profits. It is time for community-based renewable energy systems and policy that is determined by the people, not the world’s largest energy corporations. It’s time to kick big polluters out of the process for good. We also need to ascertain civil and criminal liability of corporations for irreparable damage they cause to our environment and people's lives."

Call to Kick Big Polluters Out is part of the global Reclaim Power movement led by a coalition focused on transforming the world’s energy systems in order to ensure the people’s right to clean and renewable energy . Reclaim Power challenges dirty and harmful energy sources and is organizing for a swift and just transition to public and community controlled renewable energy systems.

This appeal come just one week before Indian government's as well as of other nations' delegates to the United Nations Framework Convention on Climate Change (UNFCCC) convene in Bonn, Germany for the last time to negotiate text in preparation for the 21st Conference of the Parties (COP 21) in Paris in December. COP 21 is largely seen as a make-or-break moment for the process which has so far maintained a snail’s pace of progress since its inception in 1992. We appeal to Indian government to send government officers with demonstrated competence on climate justice to these meetings and not those who will instead attend to trade or business interests, said Dr Sandeep Pandey.

Taking a page out of Big Tobacco’s playbook, the fossil fuel industry has positioned itself as part of the solution to the very crisis it has knowingly driven for more than thirty years. Recently, some of the world’s biggest polluters, including coal miner BHP Billiton and oil giant Royal Dutch Shell, announced a collaboration to advise governments on how to combat global warming without harming their economies. Such a corporate-driven initiative is just one of many example of how effectively the industry has inserted itself into the process.

“For decades, the fossil fuel industry has hidden behind a smokescreen of doubt, cooptation and denial,” said Kelle Louaillier, executive director of Corporate Accountability International. “Global South governments have confronted and stopped this before—with Big Tobacco. It’s time to put energy back in the people’s hands and reclaim power!”

In April, it was revealed that COP 21 in Paris would be yet another “Corporate COP” with the announcement of Engie, EDF and Suez Environnement as lead sponsors. Suez Environnement, infamous for its dealings in water privatization, is partially owned by GDF Suez, which profits from fracking operations around the world, putting it at direct odds with the advancement of the treaty. EDF and Engie’s coal operations account for the equivalent of nearly half of France’s entire emissions.