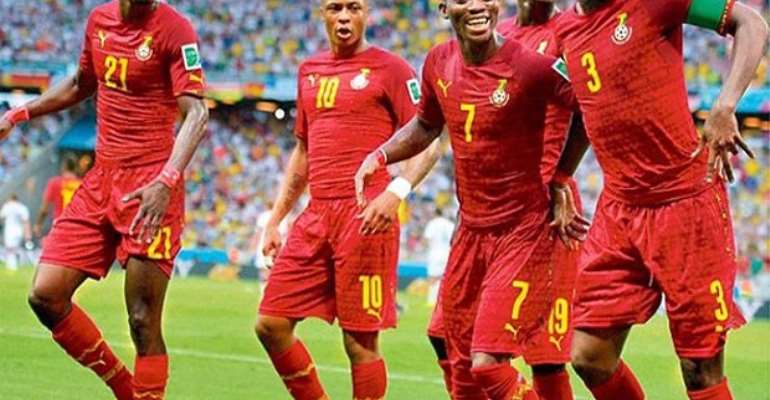 Some key performers of the Black Stars have threatened to boycott Ghana's next African Cup of Nations (AFCON) qualifier  DAILY GUIDE SPORTS has gathered.

Ghana, leading the Group H pack with unblemished run will host their Mozambican counterparts next March, but it has emerged that most of the players will not respond to the national call.

The aggrieved players, who spoke to this writer on telephone from their respective quarters have cited their unpaid bonuses-Ghana Vs Mauritius as well as their international friendly against Togo as the basis for the boycott.

Coach Avram Grant led the Stars to a 7-1 thrashing of Mauritius at the Accra Stadium but the Stars are yet to receive a pat on their shoulders by way of honorarium.

'As we speak, we have not received what was due us the last time we played at home.  Nobody should tag us unpatriotic because of the stand we want to take.'

'My brother if I tell what we went through playing on that turf in Rwanda, you will pity us. Any of us could have ended his career on that pitch. You look at what happened to Jerry before the World Cup?

'Jerry is such a fine defender but we can't find him around lately because of a friendly game, will you tag such a player unpatriotic if he asks for what is due him? The answer is a big no!'

'Don't forget we are professionals and in as much as we love our country, our career is equally important because you don't know which game will be your last due to injury. I don't think we are asking for too much,' one of the players who pleaded anonymity said.

Ghana will next engage Peru and Canada in international friendlies in Washington on October 9 and 13 respectively.

‘Flouters Of Ban On Public Gatherings Will Be Dealt With’ – ...
41 minutes ago