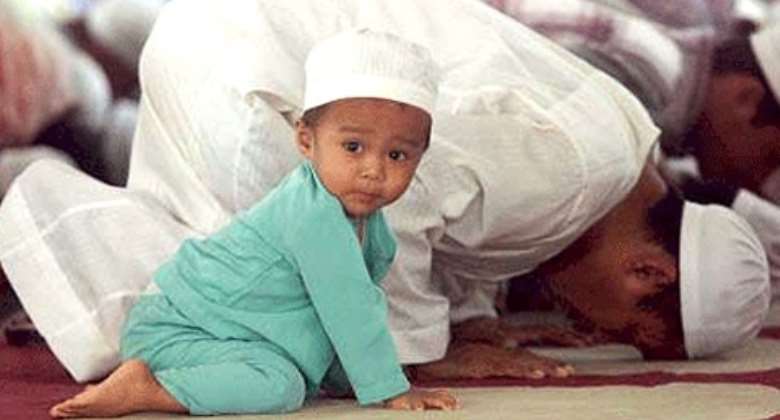 Muslims across the country have been urged to uphold peace at all times.

The admonition comes as hundreds of Muslims gathered at the Independence Square Thursday to observe Eid-Ad-Adha.

Public Relations Officer of the Zongo Chiefs (Muslim Chiefs) in the country, Chief Baba Issah Ismael, in an interview told Joy News the message from the Muslim chiefs, is for Muslims and non-Muslims to co-exist.

“Muslims, wherever they may be should strive to live in peace with one other; peace in our homes, our communities and everywhere. It is very important. Without peace we cannot do much for our country”, he said.

As part of events to mark the Eid al-Adha in the Upper West, regional minister, Amin Amidu Sulemani called on Muslim leaders to educate their youth against joining terrorist organizations such as the Islamic State, Boko Haram and Al-Qaeda.

In a speech read on his behalf Amin Amidu Sulemani said the Islamic community in Ghana must work forcefully to save the youth from extremism.

“The movement of ISIS, Al-Shabab, Al-Qaeda are all dangerous with world peace. We should not associate ourselves with these groups neither should we tolerate their ideas because their practices are anti-Islam. They are noted to be blood-thirsty groups. Their stock in trade is public beheading of their opponents”, said deputy regional minister Mohammed Alpha on behalf of Mr Suleimani.

Muslims across the country are observing Eid-Ul-Adha, a day set aside to mark the symbolic sacrifice and service Abraham or Ibrahim offered to Allah.

Like Eid al-Fitr, Eid al-Adha begins with a Sunnah prayer of two rakats followed by a sermon (khutbah).

Eid al-Adha celebrations start after the descent of the Hujjaj, the pilgrims performing the Hajj, from Mount Arafat, a hill east of Mecca. Eid sacrifice may take place until sunset on the 13th day of Dhu al-Hijjah.

The occasion is often characterized by the slaughtering of goats, sheep and cattle for feasting.

Today Thursday, September 24, 2015 has been made a statutory public holiday due to the celebration.

GES must constitute a new team to handle computerised school...
4 minutes ago