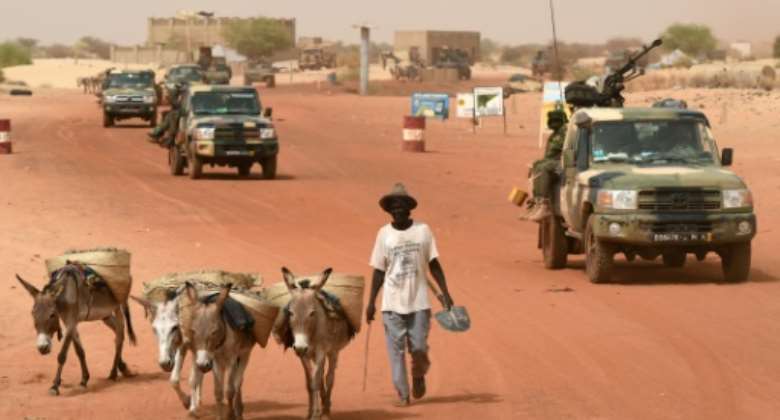 Mali was shaken by a coup in 2012 that cleared the way for Tuareg separatists to seize towns and cities of the north, an expanse of desert the size of Texas. By Philippe Desmazes (AFP/File)

"CMA rebels have retaken control of the locality of Anefis today," a security official in MINUSMA, the UN peacekeeping mission the west African country, told AFP. "But without a fight. Several of their vehicles arrived in the city."

The news was confirmed by Almou Ag Mohamed, a CMA spokesman.

"Anefis is under our control," he said. "In violation of the ceasefire, militias took the town. Under pressure, they left."

The Platform coalition of loyalist fighters seized Anefis in deadly clashes in August that left at least 10 dead.

They agreed to pull out, though, and MINUSMA welcomed the completion of their withdrawal on Monday.

On Thursday, however, CMA fighters clashed with pro-government militias in northeastern Mali, with the two sides accusing each other of starting the fighting, breaching a peace deal signed this year.

Mali was shaken by a coup in 2012 that cleared the way for Tuareg separatists to seize towns and cities of the north, an expanse of desert the size of Texas.

Al-Qaeda-linked militants then overpowered the Tuareg, taking control of the region for nearly 10 months until they were ousted in a French-led military offensive.

The vast desert region is now controlled by a patchwork of armed groups, loyal to the government or the Tuareg-led former rebels.