Antibiotic Use Is Driving Antibiotic Resistance... 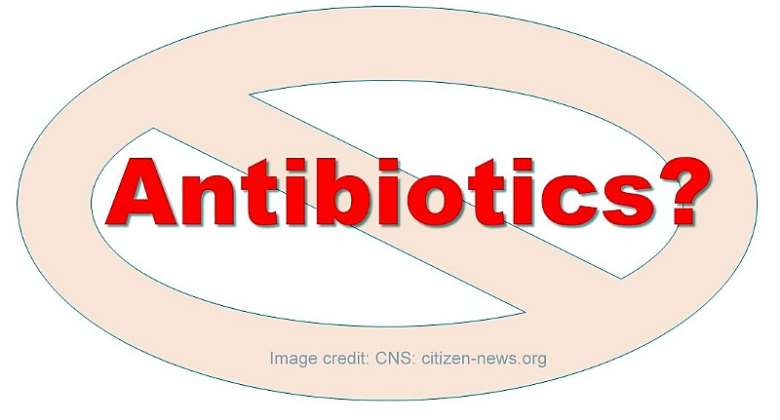 So suggests the new data released today by the Center for Disease Dynamics, Economics & Policy (CDDEP) via its ResistanceMap, an interactive online tool that allows users to track the latest global trends in drug resistance in 39 countries, and antibiotic use in 69 countries.

CDDEP also issued the first-ever report on The State of the World's Antibiotics, 2015, that looks at the current state of global antibiotic use and documents alarming rates of bacteria resistant to last-resort antibiotics that can lead to life-threatening infections across the world.

Trends in antibiotic use: Both human and animal antibiotic use is rising dramatically in low and middle-income countries (LMIC)—particularly China, India, Brazil and South Africa. This increase, driven by increased prosperity, includes a great deal of unnecessary and irrational use and poses a major threat to public health. In many countries, like India, antibiotics can easily be purchased over the counter without prescription.

In most countries, about 20% of antibiotics are used in hospitals/healthcare facilities, and 80% are used in the community, either prescribed by healthcare providers or purchased directly by consumers without prescription. Perhaps half of community use is inappropriate, for minor ailments that will not benefit from treatment, but add to the burden of antibiotic resistance. Hospitals generate some of the most dangerous and difficult-to-treat infections, a result of heavy use of antibiotics (especially in LMICs, where antibiotics may substitute for infection control).

In hospitals 7 times more antibiotics are used when they are given post- rather than pre-surgery. This not only increases costs but also contributes to the potential for antibiotic resistance. Even when antibiotics are administered before surgery, the regimen or duration of the therapy may be suboptimal: from 19 to 86% of patients in hospitals in India received inappropriate antibiotic prophylaxis

Agricultural/Livestock consumption: As global demand for animal protein grows, antibiotics are increasingly used to raise food-producing animals in intensive production—mostly to promote growth, rather than treat disease. The result is an increasing prevalence of antibiotic-resistant bacteria in livestock, poultry, and aquaculture. Also many farmers are transitioning to intensive agriculture and often use antibiotics to optimize production. More antibiotics are used in poultry, swine, and cattle to promote growth and prevent disease than are used by the entire human population. Globally, livestock consumed at least 63,200 tons of antibiotics in 2010, accounting for nearly 66% of the estimated 100,000 tons of antibiotics produced annually worldwide, which is projected to rise to 105.600 tons by 2030.

In 2010, China was estimated to consume the most antibiotics in livestock, followed by the United States, Brazil, Germany, India, Spain, Russia, Mexico, France and Canada.

The most recent worldwide estimates of global antibiotic resistance, published by the WHO in 2014, list Klebsiella pneumoniae, Escherichia coli, and Staphylococcus aureus as the three agents of greatest concern, associated with both hospital- and community-acquired infections.

In 2014 in India, 57% of the infections caused by Klebsiella pneumoniae, a dangerous superbug found in hospitals, were found to be resistant to the last-resort antibiotic class of drugs carbapenems, up from 29% in 2008. It was more than 60% resistant for four out of five drug classes tested. This is a dangerous trend as the Klebsiella bug is around 80% resistant to the drug class 3rd generation cephalosporins, 73% resistant to fluoroquinolones, and 63% to aminoglycosides. For comparison, these drugs, are still effective against Klebsiella infections in 90% of cases in USA and over 95% of cases in Europe.

India also has the highest rates of Escherichia coli (E.coli) resistance with strains of E.coli being more than 80% resistant to three different drug classes, thus increasingly limiting treatment options. E.coli resistance is also high and rising for many drug types in other regions too. In Europe, North America, South and Southeast Asia and parts of Africa, resistance to aminopenicillins—a broad-spectrum antibiotic class—is around 50%.

Incidence of methicillin-resistant Staphylococcus aureus (MRSA), a highly dangerous type of resistant pathogen contracted mostly in hospitals, has declined in Europe, USA, Canada and South Africa during the past eight years. However it is rising in sub-Saharan Africa, India, Latin America, and Australia and was recorded at 47% in India in 2014, and 90% in Latin American hospitals in 2013.

The report advises that limiting overuse and misuse of antibiotics are the only sustainable solutions. “A rampant rise in antibiotic use poses a major threat to public health. We need to focus 80% of our global resources on stewardship and no more than 20% on drug development. No matter how many new drugs come out, if we continue to misuse them they might as well have never been discovered,” said Ramanan Laxminarayan, Director, CDDEP and co-author of the report.

One major drawback to focusing on drug development as a solution is that new antibiotics are significantly more expensive than those currently available—and hence unaffordable for most people in low and middle-income countries. “When it comes to antibiotic-resistant infections, the rich pay with their wallets and the poor pay with their lives,” said Laxminarayan.

There is still hope to conserve antibiotic effectiveness for future generations. In May 2015, the World Health Assembly has endorsed the Global Action Plan on Antimicrobial Resistance, which calls on all countries to adopt national strategies within two years. The new CDDEP report could help countries take coordinated and research-backed action to alleviate the problem.

Instead of being the default treatment for mild ailments—like coughs, colds, and uncomplicated diarrhea— antibiotics must be treated as precious life-saving medicines, to be used rationally under medical supervision when needed.