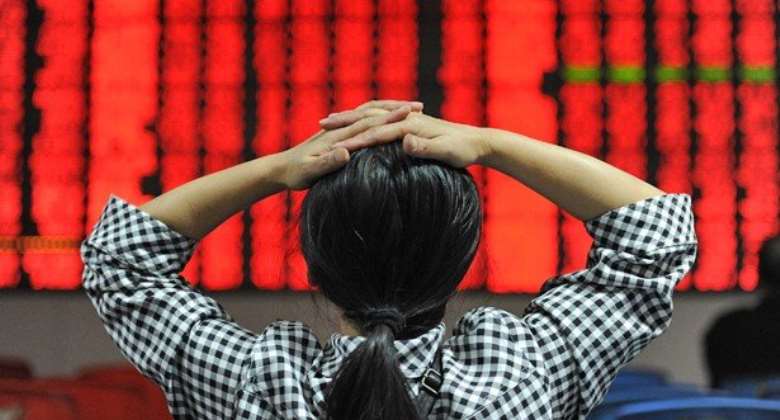 1 Emerging Challenges
Monday 23 August 2015, was a terrible day for global markets as sell-offs hit global stocks across almost every sector driven by China's stock market . As at close of day, what had generated the Twitter hashtag #BlackMonday, had left in its wake the following (summarized version of media reports):

2 China Plunge: Why the blip?

4 Conclusion
China's slowdown poses fundamental risks to Africa's growth prospects. Sub-Saharan Africa's growth prospects will slow in to 4 percent of GDP 2015 amid falling commodity prices buoyed by weakening terms of trade for the region's commodity exporters and gains for importers as the World Bank notes in its April 2015 Africa Pulse report . The report further states that “deterioration of trade terms is estimated at 18.3 percent for the region, with declines of about 40 percent for oil-exporting countries… lower commodity prices will weigh heavily on exporters, putting pressure on current account and fiscal balances. Countries that stand to lose the most are the less diversified oil exporters, such as Angola and the Republic of Congo… By contrast, net oil importers, such as Kenya and Senegal, are set to see modest gains from cheaper energy prices.

Finally, on the external front, the report states that “a sharper-than-expected slowdown in China, a further decline in oil prices, and a sudden deterioration in global liquidity conditions are the main risks.” Hence, the slump in China, if persistent, could pose fundamental economic challenges for policymakers in many African economies, particularly primary resource dependent ones by way of reduced export demand and curtailment of foreign direct investment in infrastructure, manufacturing and mining. As has been said “if China sneezes, Africa can now catch a cold”

About
Theo Acheampong is the Co-Founder and Lead Consultant at Africa Economics LLC, a boutique consultancy offering broad-based macro-socioeconomic analysis, market research, business analytics and intelligence services with a focus on frontier emerging markets in sub-Saharan Africa. He is an economist and social media enthusiast who provides regular commentary on socioeconomic and political developments in Africa. Follow him on Twitter @mytheoz .