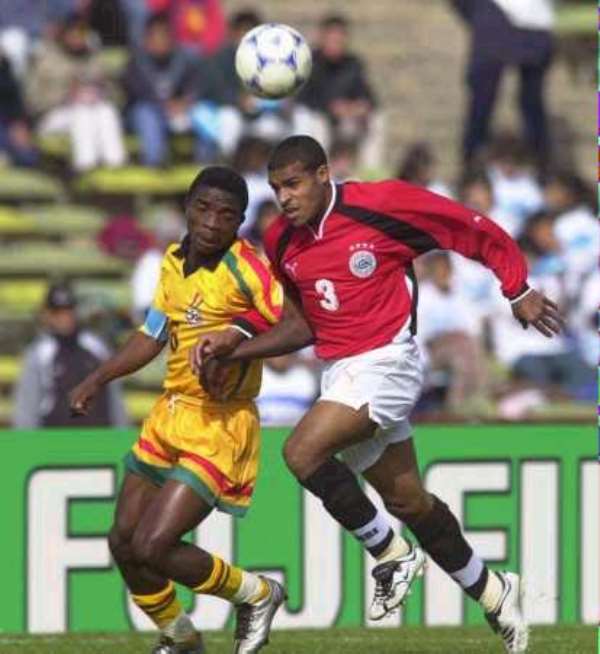 Ghana's Black Stars will go to battle against DR Congo in a World Cup qualifier at the Kumasi Stadium on Sunday without defender Emmanuel Pappoe. The Ashdod of Israel player will miss the crucial game as a result of some difficulties he encountered in booking a flight to join his colleagues in camp for the match.

Disclosing this to the Graphic yesterday, the Stars Welfare Officer, Alhaji Awudu Maikano, explained that the player was eventually ruled out by caretaker coach, Sam Arday, after it became clear that his late arrival would not make it possible for him to have adequate training with the team before Sunday's battle.

As a result of that, Coach Arday has invited Asante Kotoko's Godfred Yeboah to take his place. According to Alhaji Maikaino, the left-footed defender was called to camp after featuring for Kotoko in their GHALCA Special Knockout final at the Accra Stadium last Wednesday.

The Stars Welfare Officer revealed during yesterday afternoon's training session that the players are battle-ready for their opponents on Sunday. He said morale in camp was quite high as the rest of the players invited for the match had reported and were responding well to training.